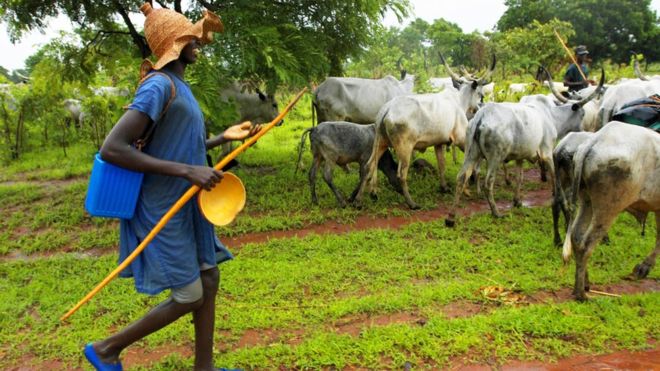 Gunmen suspected to be herders have killed two people in an early morning attack on Shaforo and Kudumti communities in Numan Local Government Area of Adamawa State.

About six people were also said to have been wounded, including one of the military personnel who took on the herders in a gun battle.

Witnesses said the attackers were herders, but the spokesman of the state Police Command, DSP Suleiman Nguroje, said they were cattle rustlers.

“One of the attackers was killed in the crossfire with security operatives and his corpse has been deposited at the Numan mortuary. The CP has dispatched additional operatives to join other security agencies to comb the bushes in the area and arrest the fleeing cattle rustlers,”Nguroje said.

Numan has long been troubled by herdsmen and armed persons, often with many lives lost and properties destroyed.

London-based pastor to Osinbajo: Those discrediting you are from your zone