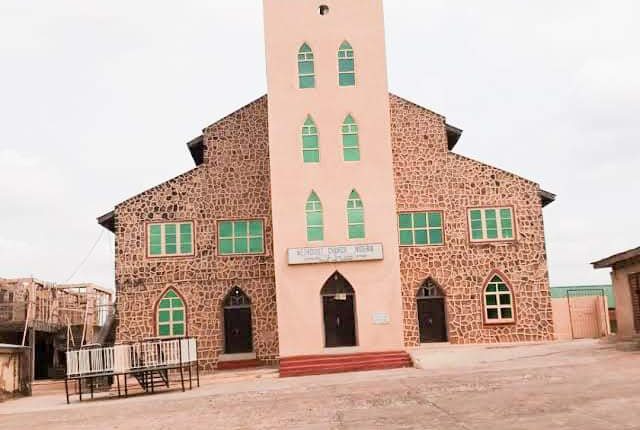 Share
No fewer than six churches in Osogbo, capital of Osun State were said to have been simultaneously invaded by armed robbers and carted away property worth millions of naira from the religious houses.
The churches attacked by the robbers were Methodist Church, Isale-Aro; Church of Nigeria (Anglican Communion), Bishop’s Court, Jaleyemi; Catholic Church, Popo; Christ Apostolic Church (CAC), Isale-Aro; and Anglican Church, Balogun-Agoro.
As gathered, the robbers stormed the religious houses, damaged atleast three security doors to removed different electrical appliances including Mixers and Slave Engine Amplifiers that cost the churches millions of naira to procure.
A member of one of the affected churches who spoke under condition of anonymity, yesterday, said it was unfortunate that the robbers chose to target the House of God to carry out their nefarious activities.
Narrating the development, he said: “We woke up on the fateful day to discover that about six churches have been robbed by the criminal elements who invaded the said churches.
“At Methodist Church, Isale-Aro, the robbers broke three security doors to access the church building after which they carted away one big Mixer worth about N600,000 and three Slave Engine Amplifiers worth N80,000 each.
“The robbers also stole similar sets of public address equipment at Anglican Church, Balogun-Agoro; Catholic Church, Popo; Christ Apostolic Church, Isale-Aro; Anglican Church, Bishop’s Court and another Christ Apostolic Church around Old Secretariat axis”.
Another church member told our The Guild that the religious houses had reported their cases to the Police Station at Oja-Oba and that they had immediately swung into action.
He added: “We have lost equipment worth millions of naira. After we reported the matter at Oja-Oba Police Station, police officers came to our church to make some findings. As a matter of fact, Anglican Church is the worst hit as the robbers stole several items there.
“The police officers came and asked some questions about who we suspected could be responsible, but added that for them to go further with investigation, especially to trace the fingerprint of where the robbers touched will cost the church money.
“So, the church had to abandon pressing ahead with the investigation since it will cost us money. We have resolved to leave the matter to God and pray that the robbers will have no peace in their lives until they return the stolen items.
“These are public address items that we use during our services and it is unfortunate that the robbers targeted worship centres and God’s sanctuary to perpetrate their evil trade,” he said.
When contacted, Public Relations Officer of Osun State Police Command, Yemisi Opalola, clarified that the money requested for fingerprint investigation was not an extortion, but that it has to be paid for the investigation would be carried out.
“It is not the investigating police team that is responsible for the fingerprint test. They will have to take it to the State CID (Criminal Investigation Department) and they don’t do it free there. It is not the police that will pay for what they will use for the fingerprint test and that was why they told them to fund the investigation.
“The investigating team can as well tell the victims to go and conduct the fingerprint test in Alagbon, Lagos, and so it is not as if they are being extorted,” she added.