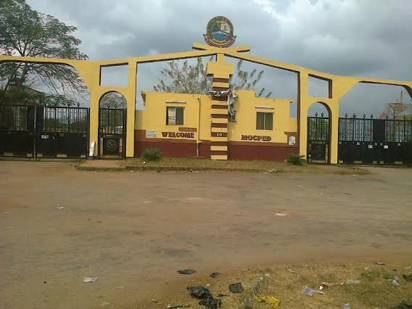 Atleast a teacher and an undergraduate student of Michael Otedola College of Primary Education (MOCPED) identified as Razak Bakare, were reported to have been killed by gunmen in Epe Local Government, Lagos State.

The teacher, identified by residents as Ahmed Saheed, and the student were said to have been killed by separate teams of gunmen in Noforija and Poka towns within the council.

While the teacher was said to have been killed around Poka town, Bakare, according to eyewitnesses, was killed within the premises of the tertiary institution by gunmen that were yet to be identified.

The tragedy which occurred within 48 hours interval was said to have resulted in panic among residents of the council with monarchs and residents condemning the shooting and killing of the students and teacher.

Bakare and Saheed’s death were confirmed yesterday by lawmakers and traditional rulers of the communities where the tragedy occurred within the Local Government, saying the student was murdered by gunmen on Wednesday while the teacher was killed on Friday.

Speaking on the murder, the Aladeshoyin of Odo-Noforija, in Epe Division, Oba Babatunde Ogunlaja, expressed his dismay over the killing of the tertiary institution student in the community.

Ogunlaja, who described the incident as a condemnable act and one that does not correspond with the values that Noforija was known for over the years in the state.

He, therefore, called on the management of the institution to install Closed Circuit Television (CCTV) cameras within and around the school premises to trace future perpetrators.

The Oba said that since the event broke out, he has been working tirelessly with government security agencies, vigilantes, and other relevant stakeholders to fight against such unwanted menace in the community.

Ogunlaja, meanwhile, appealed to the State governor, Babajide Sanwo-Olu, and Commissioner of Police, Hakeem Odumosu, to deploy more security personnel to the community, saying with this we will be able to tackle the security confronting the institution and the community.

According to him, Lagos State Government should erect a collapsed fence in the institution because it had become the route in which the students escape through it.

Also,  Member, Lagos House of Assembly, representing Epe Constituency 1, Abiodun Tobun, said that the institution has known peace since its establishment not until recently that such ugly events occurred.

“I totally condemned such action and I know the management of the institution will take adequate measure to eliminate such unforeseen circumstances,” he said.

The lawmaker urged students to concentrate on their studies and become ambassadors of peace and be agent of development and not agents of destruction.

“Know the type of gang to join in school, do not join cultism rather join a reading/studying hard groups and be a religious fellow,” he added

On the teacher, the Alara of Ilara Kingdom, Oba Olufolarin Ogunsanwo, condemned the killing of the teacher, Saheed, and urged the law enforcement agencies to fish out the perpetrators

He, however, pledged that the traditional institution would ensure that all efforts were taken to fight against such an ugly trends in the community.