FG sets up investigative panel on NPA after… 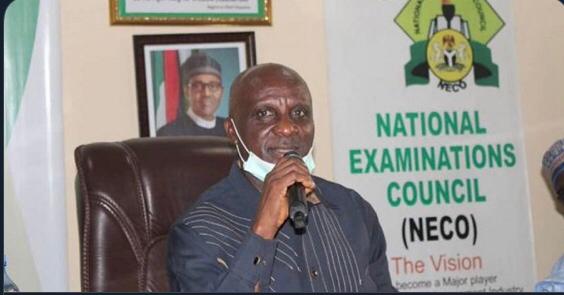 As gather, Obioma died on Monday night at his Minna residence in the Niger State capital.

Obioma, who assumed office as the Registrar of NECO on the 22nd of May 2020 was said to have slumped in his bedroom yesterday after an official trip to Abuja and rushed by his wife and other relatives back to National Hospital, Abuja where he eventually gave up the ghost.

There have been controversy over the cause of Obioma’s death. While some reports say he was assassinated, others say he died after a brief illness at his residence in the north-central state.

However, the son of the deceased in a letter addressed to the Director Human Resource Management, NECO, Mustapha Abdul, said his father died after a brief illness.

The letter read, “Dear Sir, this is to formally inform you that my father, Prof. Godswill Obioma, the Registrar/Chief Executive of NECO passed to eternal glory yesterday, 31/5/2021, after a brief illness.

“We request that you kindly notify the Board, Management and the entire staff of the Council of this development. “We shall keep you duly informed.”

This incident occurred one day after the former presidential political adviser, Ahmed Gulak was murdered in cold blood by gunmen in Owerri, Imo State.

The 67-year-old Obioma was appointed as NECO Registrar about a year ago on May 14, 2020, by President Muhammadu Buhari.

The Death Of Ahmed Gulak