Buratai, other ex-service chiefs get ambassadorial…

A Lagos State University (LASU), graduate and Education Rights Activist, Yusuf Nurudeen popularly called Omomewa, has been reported to have been killed by gunmen in the state.

Omomewa was said to have been shot alongside a staff of the institution identified as Majek, while the activist died after the attack, Majek sustained injuries and has been hospitalised.

As gathered, the gunmen attacked the deceased and Majek around 10 pm at the LASU U-turn end of the LASU-Iba expressway and Omomewa’s corpse was taken away after he was confirmed dead.

On Friday, The Guild gathered that before the attack, Omomewa was welcome into the school premises by students on Wednesday for his contribution to their welfare within the campus.

The students described the deceased, a graduate of the institution in 2019 from the Department of Educational Management, Faculty of Education, as a defender of the masses. 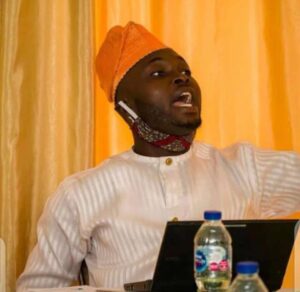 Speaking on the demise, Lagos State University Students’ Union President, Oladipupo Badmus, narrated that after the union was informed, members proceeded to the school clinic where Majek was hospitalised, saying from our interaction with him he confirmed the attack and that his bag was collected including his phone

“Later, the union members check all the hospitals around including Police stations and it was there we were informed that Omomewa has given the ghost and that his body is at the Mainland hospital. The union proceeded to mainland hospital and they confirmed that he was brought there but the union hasn’t seen his body yet because it is in the mortuary container already.

“Omomeewa was an activist of Human & Student Rights and also a graduate of Lagos State University(Set of 2019). He graduated from the Department of Educational Management, Faculty of Education. Comr. Nurudeen contested for the post of Lagos State University Students’ Union President in the 29th LASUSU Election but lost. He was a strong activist who has never been found guilty of any form of illegal activities”, he added.