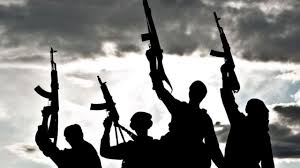 The Chaplain of the Catholic Community of the Kaduna State Polytechnic, Vitus Borogo, has been reportedly killed by suspected gunmen on a farm on Kaduna-Kachia axis of Kaduna State.

Borogo, was said to have been killed at Prison Farm, Kujama, along Kaduna-Kachia Road, after a raid on the farm by suspected terrorists.

Confirming the development on Sunday, in Kaduna the Chancellor, Catholic Archdiocese of Kaduna, Christian Emmanuel, said that Borogo was aged 50 and that he was the Chaplain of the Catholic Community of the Kaduna State Polytechnic, and the Chairman of the Nigerian Catholic Diocesan Priests Association (NCDPA), Kaduna Chapter.

“Most Rev. Matthew Man-Oso Ndagoso, the Catholic Archbishop of Kaduna condoles with the immediate family, the NFCS Family of Kaduna Polytechnic, and indeed the entire Kaduna Polytechnic Community and assures them of his fraternal closeness and prayers.

”we commit his soul to the maternal intercession of the Blessed Virgin Mary, and call on all men and women of goodwill to continue to pray for the peaceful repose of his soul and for the consolation of his bereaved family, especially his mother,” he said.

He further said that details of his funeral arrangement would be announced as soon as possible.

Meanwhile, when contacted over the incident, the Spokesman of Kaduna State Police Command, Mohammed Jalige, said he would find out and get back to newsmen on the incident.