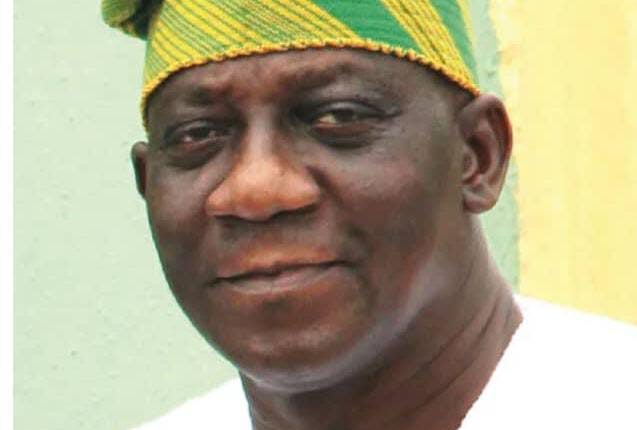 Scores of gunmen were reported to have kidnapped a Air Vice Marshal, Sikiru Smith (retd.), in the Ajah, Eti-Osa Local Government area of Lagos State.

As gathered the abducted retired Airforce officer was a cousin to a former Inspector-General of Police and current Chairman of the Police Service Commission, Musiliu Smith.

Aside from him, there were reports that a couple were also kidnapped by gunmen around Agege axis of the state and that the wife had been released to source for the husband’s ransom which was pegged at N50 million.
The couple and the retired Airforce officer were said to have been picked at their locations by the gunmen yesterday and the law enforcement agencies were yet to rescue them from their abductors.
The retired Airforce personnel, who is currently the Chairman of Double Wealth Ventures Limited, a dredging and engineering firm, was said to be supervising work on a site in the Ajah axis when masked gunmen invaded the place and shot sporadically.
Another version of eyewitnesses claimed that Smith was kidnapped at about 6pm and that he and his aide were at a shopping Mall when the gunmen arrived, shot sporadically in the air to scare everyone with the axis.
At this time, they added that Smith was in a Sports Utility Vehicle (SUV) outside the a mall on Addi road in Ajah while the aide was busy collecting groceries for him.
According to him, as soon as the shooting started, people ran for safety and the Mall shut their entrance door with Smith aide trapped inside the mall not knowing his Boss, who was inside an SUV, was being kidnapped.
The aide to the abductee, meanwhile, narrated that the gunmen whisked the retired general away in a waiting speedboat and sped away.

According to an SOS voice note shared by his driver, Corporal Odiji, the retired Airforce officer engaged the gunmen in a struggle but was subdued.

“This is an emergency. I am Corporal Odiji attached to Air Vice Marshal Smith. They just abducted him from the site where we were working. Some gunmen who were wearing masks just came and snatched my boss now. They shot everywhere. I was near where I was fixing my boss’ vehicle.

“As I was coming, I saw them leaving in a boat but I wasn’t armed so I just ran to the site and I saw his glasses and where he struggled with them. Please pass this information. It is an emergency,” Odiji stated,

When contacted, the Spokesman for the Lagos State Police Command, Adekunle Ajisebutu, stated that he was yet to be briefed and promised to make inquiries as well as give a detailed response in due course.

The Spokesman for the Air Force, Air Commodore Edward Gabkwet, also promised to make inquiries and provide information on the matter later.