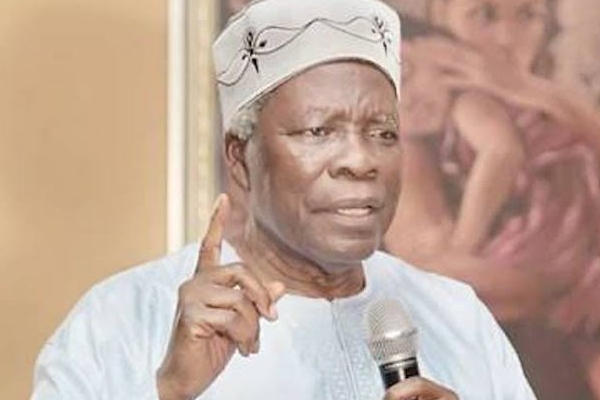 Dozens of gunmen were said to have attacked the home of a former senator and leader of Yoruba Self-Determination Groups, Ilana Omo Oodua (IOO), Prof. Banji Akintoye, in Ekiti State, destroying property worth million of naira.

During the attacks, the gunmen were reported to have shots sporadically into the building after all efforts to gain entrance through the front gate proved abortive.

After minutes of waiting for response, the gunmen were said to have further climbed a chair outside the gate and shoot into the building to scare the occupants of the former lawmaker’s home.

The house, residents narrated, was riddled with bullets and the shells recovered from the house showed that they were shot by gunmen that were armed with an AK 47 rifles.

Confirming the attack, Communications Secretary for Ilana Omo Oodua Worldwide, Maxwell Adeyemi, on Tuesday, disclosed that Akintoye was not around at the time, and nobody was hurt.

According to him, the matter has since been reported to the Ekiti State Police Command for investigation and hoped that the law enforcement agency would ensure proper investigations.

The statement released by the spokesperson reads: “We the Yoruba people within, and beyond the horizon of Nigeria will hold the Nigerian Government responsible if any evil happens to our leader or any of his relations”.

Akintoye, a renowned Historian that hails from Ado-Ekiti, in Ekiti state and represented the Old Ondo State in the Senate during the second republic between 1979 and 1983.

Recall that a few months ago, unknown armed men invaded the house of the Scion of the Akintoye dynasty, Ademola, an Engineer, in Agbor, Delta state, exterminating the building, including his rich fish pond. The Police did not arrest anyone up till this moment.

Nigeria to eradicate gas pollution by 2060