I sleep with my 12yrs daughter because my wife no longer… 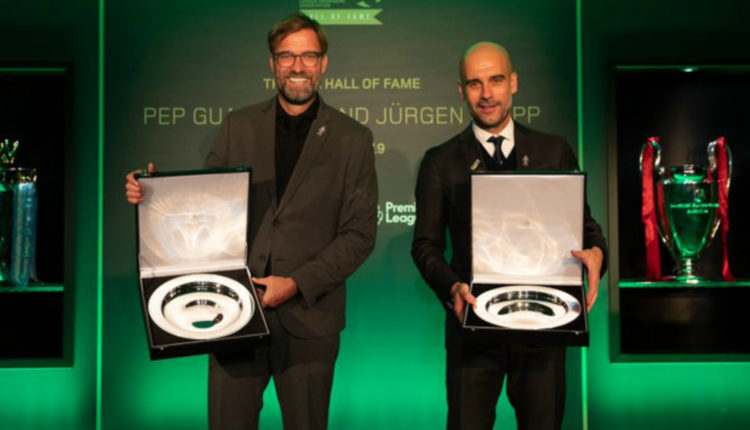 Manchester City manager Pep Guardiola and Liverpool counterpart Jurgen Klopp have been inducted into the League Manager Association’s (LMA) Hall of Fame for their historic achievements in football management to date.

The LMA announced the pair’s induction on Thursday, in recognition of their historic achievements in football management to date.

The duo follow the likes of Brian Clough, Sir Bobby Robson and Arsene Wenger, who have previously been inducted into the LMA Hall of Fame.

Guardiola and Klopp are going head-to-head for Premier League supremacy this season as Liverpool and Manchester City look set to battle atop the Premier League once again.

The two collided at Anfield earlier this month, with Klopp’s Liverpool topping Guardiola’s Man City 3-1 to open up a gap atop the Premier League table.

“What a privilege. When you come down the corridor and see all the big names, big managers, big personalities being here that would’ve helped to make football better, football that we have right now,” Guardiola said.

“I think all the managers here that have been inducted into the Hall of Fame is because we were in incredible clubs with incredible players.

“As long as we can help them and try to think on the same side and the same page, that’s the only reason we can do what we do as managers. Without the quality of the players we have, the managers cannot have success.”

“It’s big, it’s really big. When I first heard about it [the honour] I couldn’t believe it. I have now been in England for a bit longer than four years and I’ve enjoyed each second, to be honest. I saw all the names with the pictures when I came in, it’s really impressive.
“I don’t often feel pride but, in this moment, I’m very proud because this is something really, really special.”