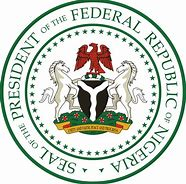 Worried by spate of kidnapping and other insecurity challenges, Centre for Human Rights and Social Justice (CHRSJ) has urged President Muhammadu Buhari to replace security chiefs, to save the nation from further calamity.

The group stressed that changing the service chiefs will reduce cases insurgency, armed banditry and abuse of power by security forces in the country.

CHRSJ’s Executive Chairman, Adeniyi Sulaiman, in a statement issued yesterday, lamented that insecurity was on the rise in Nigeria and that its security mechanisms had been proven incompetent to handle challenges from all regions in the country.

Sulaiman, who had recalled the position of presidency, as disclosed through the presidential spokesman, Femi Adesina, that Nigeria had become more secure than it was before President Buhari assumed office, expressed his dissatisfaction, stating that present security realities in the nation had degenerated badly since under his administration.

“All the current service Chiefs should be relieved of their appointment,  the Boko Haram sect, herdsmen, armed bandits, kidnappers and others criminals are having a field day in our country, in spite of claims by the heads of Buhari’s security agencies that they have disseminated the criminal activities of these groups”.

He had expressed support for the ninth Senate which had passed a vote of no-confidence in military, police and other security agencies in the country on consideration of increased crime rate, and had praised senate minority leader, Enyinnaya Abaribe, for his courage to call for resignation of the president as a result of his failure to curb terrorism and insecurity in the nation.

“I would like to advise President Muhammadu Buhari to wake up from his slumber, do what you know must be done and dissolve the current security structure as it has failed us Nigerians. It is a failed system and we should not be forced to continue in it,”

“Let us also desist from playing politics with issues that affect life and property of citizens, security is not a matter to be politicized. I implore the presidential spokesperson to, henceforth, refrain from politicizing such matters and to always give truthful information to the public”.