Sanwo-Olu identifies empowerment, other solutions to… 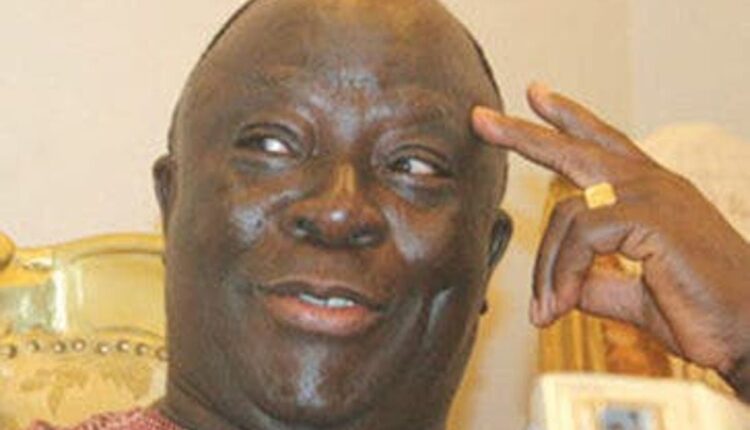 A group of eminent Yoruba leaders have asked indigenes in Nigeria and abroad to support the new national leader and of the pan-Yoruba socio-political group, Afenifere, Pa Ayo Adebanjo, to protect their interest globally.

The group under the aegis of Yoruba Global Alliance (YG) expressed its joy at the emergence of Adebanjo as the new Yoruba leader and noted that his virtues over the years would serve as a leadership benchmark for the youths in Nigeria and diaspora.

YG led by Pro-Chancellor/Chairman Ondo State University of Science & Technology, Dr Amos Akingba, in a congratulatory message released after an emergency meeting noted that Adebanjo has remain a trustworthy man that believed in the development of Yoruba.

The group in the message release signed by YG Secretary General Prof. Anthony Kila after the council meeting chaired by a Veteran Journalist and Yoruba nationalist leader, Tola Adeniyi, on Wednesday, stressed that Afenifere new leader had over the years never shy away from protecting the Yorubas.

The congratulatory message noted that Afenifere, the pioneer Yoruba Group in the history of Nigeria remains the most consistent and most disciplined group championing interest of the Yoruba and whatever would made Nigeria become greater in the past 70 years.

According to the group, it is a privilege for all those alive to witness the ascension of Pa Ayo Adebanjo, a true and genuine Awoist with a track record of struggle, sacrifice and success.

Extoling the virtues of the new leader, YG said: “Pa Ayo Adebanjo has never jostled for a position nor sought cheap popularity, rather he has always worked hard, sticking to principles and ideals without compromise and remaining consistent even when those ideas and principles appear unpopular with many”

The statement further reads: “YG used the eminently deserved elevation to admonish Yoruba people at home and abroad to use Pa Ayo Adebanjo as reference and benchmark of leadership and to be wary of fake self-serving and self-proclaimed leaders and work with leaders with a track record of consistency and verifiable landmark achievements.

“YG remains hugely indebted to Pa Reuben Fasonranti for leading the Yoruba nation this far and wishes him longer life and robust health in his retirement”.

The group’s message came barely 24 hours after Fasoranti stepped down as the group’s leader citing old age and other impediments after a twelve-year stint at the helm of affairs.

Fasoranti, a nonagenarian, after announcing his stepping down, appointed the group’s deputy leader, Adebanjo, as the acting national leader of the pan-Yoruba socio-political body.

Aside from Adebanjo appointment, the 95-year-old elder statesman, also named the group’s former financial secretary, the Alaago of Kajola Ago, Oba Oladipo Olaitan, as the deputy leader.

Announcing his decision on Tuesday at the group’s monthly meeting in Ondo State, Fasoranti maintained that he was convinced that the new leader would take the group to an enviable height.

According to him, the group needs more than ever before to have an improved organisation with a more effective approach to combat the monstrous invasion of our culture and pride as a people.

“Only a more alike and active leadership can achieve this. At 95 I am hardly able to provide such and so it is time for me to step aside. At this junction, I am proud to announce Chief Ayo Adebanjo a politician of the Awolowo school of thought as Acting leader of Afenifere and His Royal Highness, Oba Oladipo Olaitan, the Alaago of Kajola Ago in Atakumosa East Local Government Area, as the Deputy Leader,” he said.