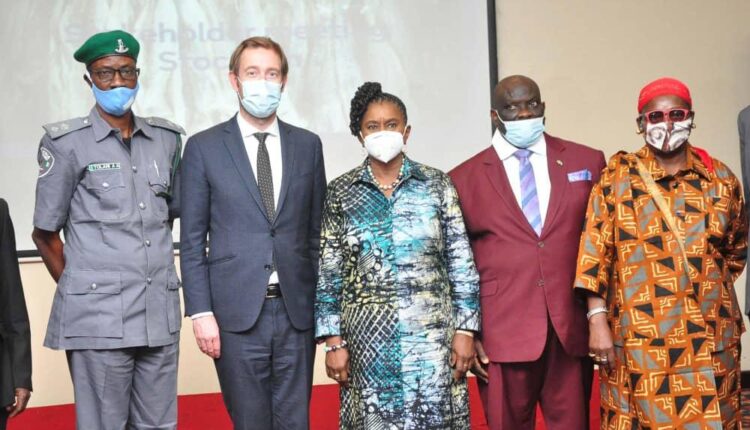 A group, the Norwegian/Nigerian Stakeholders, has called on the Federal Government (FG) to delist stockfish and stockfish head from items not valid for foreign exchange.

The group made the called in a communiqué issued after its two-day seminar organized in collaboration with the Norwegian Seafood Council. It advised  FG to revisit the 2015 Central bank of Nigeria (CBN) listing of stockfish and stockfish head among items not valid for official foreign exchange, as such they are banned items.  However, the Norwegian government has called for dialogue with FG over the issue.

The seminar noted, among other things, that: stockfish (COD) cannot be farmed in Nigeria, and in Nigerian waters; that stockfish and stockfish heads importation has not negatively affected the increase in local production of fish in Nigeria because the volume imported is relatively low. It noted that foreign exchange requirement for importation of stockfish and stock fish head is nowhere compared to the other heavy 42 items on the exclusion list, and that stockfish and stockfish head  contains high nutritional values with 75 per cent to 80 per cent protein, low fat content, essential vitamins which include calcium, vitamins B12, 280 kcal, which benefits many Nigerians who are low-income earners.

The seminar explained that  the business of stockfish and stockfish head  is an avenue for income and wealth creation for middle men, retailers, market women, transporters, loaders and the whole value chain, thereby reducing incidences of crime.

It noted that with the increasing Nigerian population projected at 400 million by the year 2050, there was an urgent need to fill the gap caused by shortfall in the supply of fish, which can be bridged by encouraging stockfish and stockfish head importation

The seminar also advised FG to make policies that will create enabling environment  for the non-oil export such as fisheries,a griculture, and agro business covering livestock and other key value chains with respect to AfCTA.

Key development in the seminar was the offer by the Norwegian government to dialogue with FG about possible capacity assistance to the government in the fishery sector.

Among the guests that attended the two days seminar include: Ambassador Knut Lein, the Norwegian Ambassador to Nigeria; Governor of River State represented by the deputy governor, Dr. Ipalibo Harry Banigo; Federal and state ministries, parastatals and agencies, and industry stakeholders.