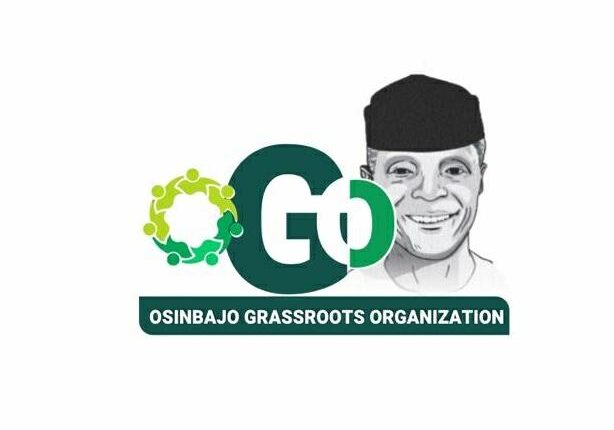 A group, the Osinbajo Grassroots Organisation (OGO), has disclosed that the second edition of ‘Osinbajo Day’ set aside to celebrate Nigeria’s Vice President, Prof. Yemi Osinbajo’s selfless service, achievements would be holding on August 8, 2021 (Sunday).

The group explained that while the vice president has buried himself in the task of nation building, ensuring Nigerians across the country get dividends of democracy, it was important he was singled out for recognition and commeded for his efforts been felt among the people, particularly the downtrodden.

The group’s National Convener, Foluso Ojo, said that the day has been set aside to showcase his achievements, show him Nigerians appreciate his contribution and selflessness, adding that such had been considered to spur him into doing more before the President Muhammadu Buhari’s led administration elapsed in 2023.

Through a statement made available to The Guild on Friday, Ojo said that the event had been packaged to celebrate the unique leadership qualities of Osinbajo and his supporting role to the president for the past six years.

According to him, we have identified in the Vice President a leader of unimpeachable character; someone who can continue on the good works already started by President Muhammadu Buhari.

“We do not want Nigerians to gamble with this very important decision to pay attention to only politicians, when as stakeholders, we as the youths of this country, can also identify a man with required competence, character and passion to move the nation forward.

“At different occasions, Prof Yemi Osinbajo has demonstrated that he possesses the unique competence, fairness, accommodation, tolerance and respect for the rule of law to carry everyone along as critical stakeholders in the Nigerian future. So, we do not need him or anyone to tell us that Prof Osinbajo is a pathway to the Nigeria’s future from 2023,” he said.

Ojo explained that the 2021 Osibanjo Day was themed ‘Osinbajo, the future beckons’ as part of group’s appeal to vice-president to consolidate on the good initiatives of the administration for enhanced values, unity and development of Nigeria.

This, the convener said, was necessary following Osinbajo’s supportive role of jointly implementing policies and programmes of Buhari’s administration for a period running to eight years.

“At this second edition, we are joining countless compatriots, to celebrate the unique potentials of this ebullient and cerebral leader; loyal vice president, pastor, legal icon, faithful husband and responsible dad – Professor Yemi Osinbajo to inform him that ‘The future beckons!’

He stated that the fun-filled event would hold online and offline in Abuja and states across the federation and in strict adherence to the COVID-19 protocols, while encouraging the Vice-President lovers to join celebrating the reputable leader on August 8.