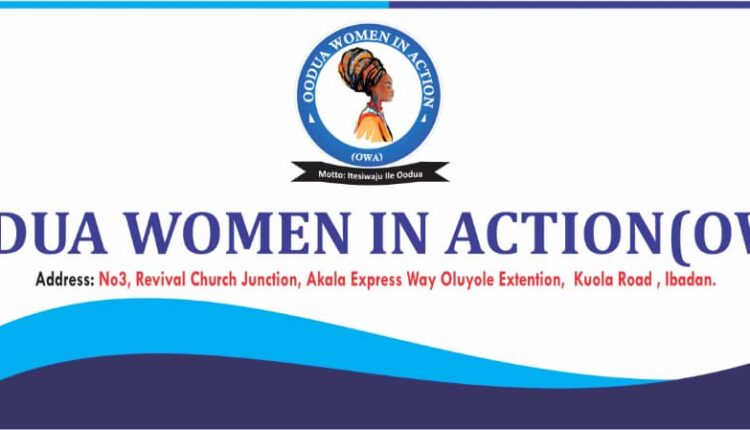 A socio-polical group, Oodua Women in Action (OWA), has recommended that the Nigerian Bar Association (NBA) stripped the Attorney-General of the Federation and Minister of Justice, Abubakar Malami, off his Senior Advocate status for kicking against fundamental human rights across the country.

OWA said that statements attributed to Malami that anyone found using American Microblogging and social network services, Twitter, after it’s operations were banned by the Federal Government be prosecuted further revealed that the legal practitioner does not worth been conferred such status.

The group, with membership based in Nigeria and abroad, urged NBA to rise up to its reputable and defend the citizens by ensuring that the rule of law is maintained, adding the Legal practitioners disciplinary committee should sanction and strip Malami off the prestigious rank of Senior Advocate to serve as deterrent to others.

The President of OWA, Adekemi Adeniji, in a statement made available to newsmen, stated that Malami’s comments after Twitter ban violated Constitutional provisions which gave the people rights to express themselves freely.

Adeniji stated that Malami’s actions were arguably against freedom of expression which connotes giving everyone the liberty to openly and freely raise as well as discuss issues, hold opinions and impart ideas without restrictions.

Adeniji added that limiting and restricting opinions across the country after Twitter ban further indicated that a major pillar of any democratic system had collapsed considering that freedom of expression was an essential pillar of democracy.

She said: “Without any modicum of doubt Right to Freedom of Expression is a right to be enjoyed by every Nigerian who is not under any known legal restriction or disability. In every sane society, the desire and freedom of an individual to hold an opinion and share the same with a listener of his choice is a fundamental one that can not be taken away from them”.

The OWA leader, meanwhile, urged President Muhammadu Buhari to lift ban placed on the social networking platform across the country to show the world that he remain a lover of democracy.