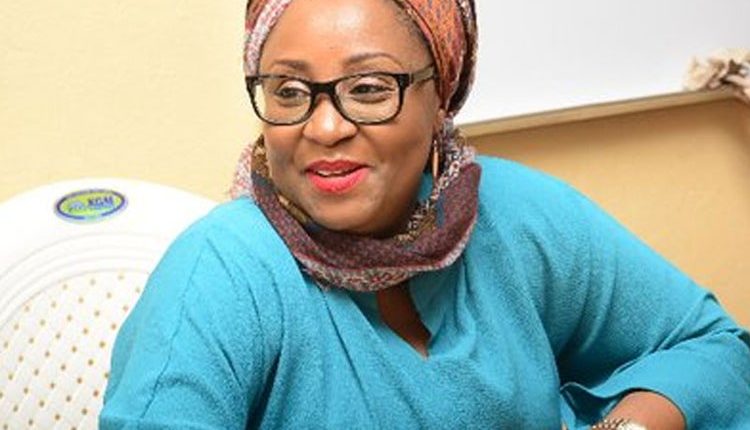 A group, North Normal, has called for the resignation of Kaduna First Lady, Hadiza El-Rufai as the Chairman of Kaduna State Sexual Assualt Task Force over her alleged support of rape threat made by her son, Bello El-Rufai.

It explained that the call had become imperative following her alleged endorsement of her son’s sexist and violent series of tweets to gang-rape the mother of a Twitter user.

The group, famous for its hashtag on social media, #ArewaMeToo movement, said Hadiza’s endorsement calls to question her ability to lead such an important panel against sexual abuse in the state.

In a statement released on social media, the group maintained that Bello’s threat which was endorsed by his mother contravenes section 23 of the CyberCrime Act 2015, adding that Hadiza’s statement belonged to the past era which does not have a place in the 21st century.

“We do not live in those times anymore. She insists that her son’s threat to ‘pass a woman to his friends after he’s done with her’ does not amount to threats of insinuations of gang-raping when it is clear that this statement objectified a woman at the very least, and gives her no agency in being sexually exploited and ‘passed’ around at worst.

“This calls to question her competence to chair a panel seeking to fight sexual assault as the meanings and language of rape and violence are lost on her. Consequently, we call for her immediate resignation chair of the Kaduna state sexual assault task force, and a public apology. We also call on all people of good conscience to join us in condemning this behaviour,” the statement read.

Recall that the Nigerian online community was agog with threats of Bello to gang rape a senior citizen on Sunday following arguments about politics with a Twitter user with the handle @Thanos_zer.

The Twitter user had during their exchange knocked the President Muhammadu Buhari-led administration, saying the President’s alleged ineptitude was alarming, even in a situation when the country needs him most, a comment which does not went well with the junior El-Rufai.

However, the last stroke that broke the camel’s back was when he described Bello as ‘Daddy boy’ and that his family was not one who will likely call out the President or criticize the present administration since they are beneficiary of the administration.

“I don’t shield anyone who’s inept. I can’t say the same about you. You’re Daddy’s boy, and of course, nobody attacks the finger that feeds them. Buhari’s ineptitude is mind-blowing. Yes, I said, and you’re not going to make me disappear,” @Thanos_zer tweeted.

In his response, Bello allegedly threatened to gang [email protected]_zer’s mother. He wrote, “This Daddy’s boy has heard your mother’s ability to take dick is mind-blowing. Especially one dipped in Kerosene from Abia land.

“Sounds about fair. Despite the ineptitude, he is completing a bridge your Ebele couldn’t. You are stuck with PMB and can’t do sh*t. How’s failed, Daddy? Oh, and tell your mother that I’m passing her to my friends tonight. No, Igbo sounds, please! Tueh.”

While commenting on the exchange between her son and the Twitter user, the Kaduna First Lady argued that Bello did not threaten to gang-rape the mother of a Twitter user.

“All you people talking about @B_ELRUFAI. Don’t @ me. Sow the wind, reap the whirlwind. All is fair in love and war. My belief: Respect everyone, but take no sh*t from anyone. I didn’t see any threats of rape. I would never condone that,” she wrote.

All you people talking about @B_ELRUFAI

Don’t @ me. Sow the wind, reap the whirlwind. All is fair in love and war.

My belief: Respect everyone, but take no shit from anyone.

I didn't see any threats of rape. I would never condone that.