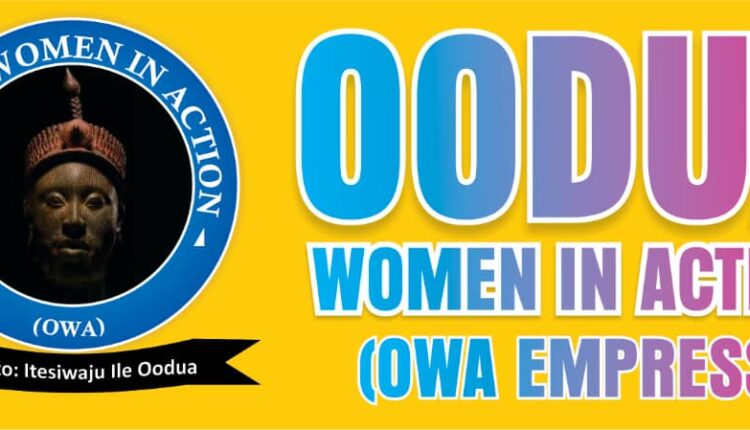 A women’s socio-cultural group, Oodua Women in Action (OWA) has said that it was in support of restructuring and other peaceful measures aimed at developing the country to an enviable standard devoid of avoidable challenges.

It explained that the move had become imperative after myriad of challenges facing the country and impeding its progress, adding that taking the painful path of restructuring and other self-determination avenues could save the country from needless controversies and killings.

The group’s National Leader, Adekemi Adeniji, said that if the path could be followed with cooperation from all stakeholders for a smooth transition from the current entity for full restructuring, the country would be better for it.

Through a statement released to newsmen on Monday, Adeniji called on current Nigerian leaders to muster courage and political will needed to set Nigeria on the path of justice, equity, and fairness as the country attains Diamond age.

According to her, the Federal and State governments need to priorities issues bordering on national security challenges and economy, stressing that t if the deplorable situation of the internal security was not curbed, the country may be heading to irreparable calamity.

“Nothing should be done that will heat up the polity or lead to avoidable bloodletting. There has been too much bloodshed in recent times and this should stop as we begin our 61st year as an independent nation,” the statement read.