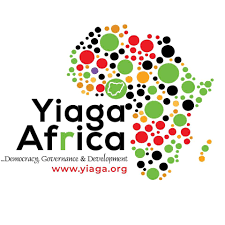 Ahead of the Anambra gubernatorial elections, a civil society organisation, YIAGA Africa, has disclosed that it has approved N2 million for the sensitization and mobilisation of youths to participate in ongoing voter registration and vote during the election scheduled for November.

The organization said that the funds would be used to mobilize at least 1,400 youths to get registered with Independent National Electoral Commission (LASIEC) and vote during the governorship elections holding in another four months in the state

According to YIAGA Africa, the mobilisation fund is designed to tackle voter apathy among the youths particularly those that had just attained the age that they can participate in electoral processes.

The group explained that the mobilisation exercise has been be decentralized and funds will be shared among 10 selected programmes initiators, in other to increase awareness among the youth in the state.

A Communications Assistant for YIAGA Africa, Chinemerem Onuorah, explained that the funds would be distributed among 10 best project ideas initiator selected from different local government areas in Anambra from a pool of over 100 applications.

Onuorah, who disclosed the funds at a two-day Voter Mobilisation Lab and Training, yesterday in Awka, the state capital, explained that the organisation launched the Anambra #POWERof18 Challenge in June, calling for entries on civic projects and ideas to mobilise youths for participation in electoral processes.

According to her, the 10 finalist will get N200,000 grant each, to empower them for the task of mobilising 700 young people:each, especially first time voters to participate in the ongoing voter registration and also vote in the election.

“According to research, an estimated 4.5 to 5 million Nigerians turn 18 every year. This means that every four years or election year, about 18 to 20 million new voters are ready to hit the ballot.

“If we do not mobilise them, we will be disenfranchising over 18 to 20 million voters. So, the intention is to catch them young, get people between ages 18 and 25 to register in the Continuous Voter Registration and get them to vote wisely, ” she added.

“WIth this grant we hope to see an increased number of youths registering, getting their permanent voter cards and voting in the governorship election. I urge the youth to take the electoral process seriously because we have the power to change Nigeria positively,” Faruq said.

One of the 10 selected programmes initiators, 24-year-old Obianuju Uyanne, who hailed from Ogbaru local government, assured that with the grant, efforts would be made to move around and ‘Evangelise’ for good governance and the need for youth participation in electoral processes.

Another finalist, Nonso Okechukwu, 22, a student of Nnamdi Azikiwe University, said he would give out data incentives to motivate and encourage students to participate in electoral process.

He said he would also work with the Students Union Government and faculty presidents to drive his mobilisation ideas on campus.