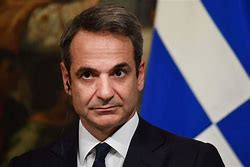 The Greek Government have imposed a ban on incoming flights from UK and Turkey following records of increased incidence of the deadly coronavirus pandemic in the country, saying that the flight suspension is with aim to curb further rise of the infectious disease in the nation.

It stated that the country recorded a single day rise of 94 confirmed coronavirus cases the day before, bringing its total number of confirmed cases to 624, with number of deaths due to the global pandemic rising to 15.

According to the Greek Prime Minister, Kyriakos Mitsotakis, the steep rise in cases was alarming and necessitated the implementation of tough preventive measures to curb further spread of the infection amongst the people of Greece.

Mitsotakis made the anouncement through a Ministerial Decree released on Monday in the country, and affirmed that the flight ban would take effect from 0400 GMT on March 23 and end at 1300 GMT on April 15, during which time no flight from the UK or Turkey would be allowed to land in the country.

The prime minister explained that the ban was a temporary measure aimed at affording Greece adequate time  to control the disease outbreak amongst its people, and to also be able to put in place measures to curb possible importation of the viral infection into the country.

Adding  that the banned countries would also avail the opportunity to overcome the global panademic, he said that such  preemptive measures were necessary to protect the health and wellbeing of the people as well as ensure that the Greek healthcare system do not become overwhelmed by the crisis at hand.

“The suspension is temporary but necessary in the scheme of things so that we can focus on ridding our country of this deadly disease. In a short while, flights will resume from Britain, Turkey and others. This is a global crisis, we all have to do our best to curb its spread and resurgence”.

The Greek leader also announced a nationwide curfew retricting peoples’ movements in the country, saying that it was aimed at enforcing social distancing and encouraging people to stay at home, thus reducing possibility of disease spread and incfreasing the country’s chances of overcoming the deadly disease.

It would be recalled that Greece had earlier sealed its borders to non-members of the European Union (EU), as well as people from Italy and Spain.