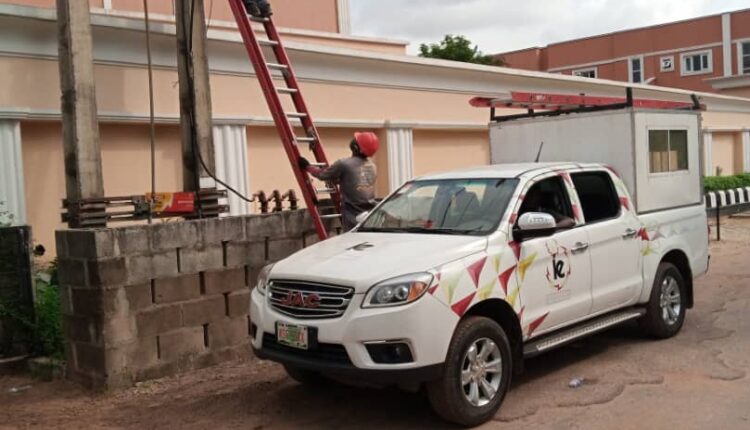 Residents and property owners within Ikeja Government Residential Area (GRA) have pointed accusing fingers against management of Ikeja Electric for deliberately refusing to deploy pre-paid meter to houses in the area against mandate of Federal Government, so as to continue milking residents through a postpaid metering system.

The residents, under aegis of Ikeja GRA Residents Association (IGRARA), claimed that foul plays had been ongoing for so long on metering and that the power distribution company have been capitalizing on the fact that FG and other regulatory bodies were not paying attention to yearning of Nigerians in that area.

They lamented that 70 percent of houses within the GRA was on independent transformers to avoid excuses from the power distribution company and that Ikeja electric has continue deploying various tactics to ensure it retains postpaid system.

When The Guild visited the area to carry out finding on the allegations raised by residents, it was discovered that issue of overbilling through postpaid metering system was a general problem among inhabitants of the GRA, which their association had been finding difficult to resolve.

One of the affect residents and owner of a property on 4 Ayoola Cooker of the GRA, who identified himself as Dr. Dapo Animashaun, narrated his ordeals at hands of the power distributor as not being pleasant, as he had been paying electricity bill through his nose and that the government residential area had remain Ikeja electric target for generating revenue.

He claimed that he paid above N500,000 monthly for electricity and that between 2019 and first quarter of 2020, the house had paid over N9 million, leaving tenants to wonder if the property was on a special package.

Animashaun said that he had to continue lodging complaints against the outrageous bill the house receive monthly from the power company and that those managing his area refused to provide a solution to his cry.

According to him, about 60 percent of houses within the GRA are on estimation billing and Ikeja electric refused to install prepaid meters for houses to solve the problem of outrageous bills.

“This power company refused to listen to people demand and prefer to continue cheating innocent Nigerians by deciding to retain postpaid metering system so as to carry on their heinous act of over billing houses.

“My house paid over N500,000 monthly and in less than three years, we have paid over N9 million to Ikeja electric. We are tired of the company’s ways of cheating us.

“Houses, through GRA residents’ association, have written to the management of the power distribution company demanding a prepaid meter to be installed but it has refused to do so because that is only illegitimate ways the company can meet its monthly target,’’ he alleged.

Another property owner on Ladoke Akintola street of the GRA, Hameed Maisinga, told The Guild that residents in the area were not satisfied on issue of over billing and that the matter had degenerated into a crisis to the extent that residents had resolved to remove themselves from Ikeja electric services.

He disclosed that most facilities and mini estates managers inside the GRA were not on power distributor’s service due to overbilling and other related problems bothering on metering, which had lead to series of confrontations between property owners and officials of Ikeja electric.

Maisinga indicated that there were no residents contending doubled rate and tariff of the company after its introduction of bilateral power service in late 2019 resolved to supply the area power for at least 22 hours per day.

“Overbilling and metering have been ongoing for long and government and regulatory bodies need to intervene to end the issue. I live in an apartment of five-bedroom duplex and I get an average of N200,000 to N250,000 monthly.

“What am I using, is my house a factory? This is the cry of myself and other people inside our GRA here. How can we be paying such a ridiculous amount of money monthly?’’ he queried.

Meanwhile, a letter recently circulated among residents through its association, showed that overbilling was a pressing issue in the area, with Chairman of  IGRARA on Power Committee,  Bar Kennedy Anyiam-Osigwe, notifying houses to come forward with their complaints on meters and overbilling, as well as other related problem, as the GRA group were ready to confront Ikeja electric on some of the identified issues.

In the letter, the chairman encouraged residents affected, to ensure their complaints were put together and submit to the association as it was prepared to fight Ikeja electric on the matter.

“All members affected, of the need for tendering possible complaints with regards to improper or possibly fraudulent meter readings, consumption or otherwise if so aggrieved with their readings; which notice will elapse by close of business on Monday 6th July 2020.

“We are almost done with our collation for Ikeja electric to conduct their further investigations on those so far received. If we do not hear from such members further, we shall take it that no further complaints beyond the ones presently received by us exist,’’ the  letter read in part

However, a woman on Odudua crescent, Kemi Adeosun, hinted that she had filed complaints against Ikeja electric over excessive bills that she gets from the power distributor and that she cannot continue to be paying through her nose.

She said that the issue was a general problem that the community association cannot resolve alone and that authority needs look into it and come to the rescue the GRA’s residents.

“This over billing issues, we have been complaining of it for so long and the federal government has to talk this power distribution company to do the needful by supply homes prepaid meters.

“The foul plays is becoming unbearable for us residents in this Ikeja GRA and since no resident is contending the rate and tariff from Ikeja electric fixed for the bilateral service providing for us,’’ she added

Another resident on Femi Fani Kayode street, who refused to give his name, expressed dissatisfaction over outrageous bill which houses have been receiving from Ikeja electric and that if he has his way, he would no longer be on the power company’s service since it had refused to supply homes inside the GRA prepaid meters.

He accused the Ikeja electric’s District Business Manager, Olayemi Ayanga, and GRA Undertaking Manager, Temi Daniel, of being those manipulating systems to hit their monthly targets.

“The two people are those behind the issue of prepaid meters supply in GRA so that they can continue with reading per house on estimation. Because each time we speak against postpaid meters, they try to discourage residents over prepaid meters.

“What we are saying is simple, install prepaid meters in our houses, let us determine our consumption through meter legitimately designed to give house better reading. All these arguments should be brought to end but management and staff of Ikeja electric do not want that because of the money they are making through illegal means.

“The postpaid metering system is a fraud and hence we want the power company to deploy prepared meters to houses in the GRA to determine whatever power residents consume and that would end the arguments that often occur between houses and Ikeja electric’s officials,’’ he said.

When The Guild contacted General Manager, Cooperate Communication, Ikeja Electric, Felix, for clarification on the allegations raised by the residents, he claimed to not be aware of the overbilling issues and as well as that of metering problems in the GRA.

He said that GRA houses were on bilateral powers package and supplied prepaid matters such that determine their consumption within the axis.

“Ikeja GRA is on bilateral power and what could they be yearning for? To the best of my knowledge, all our bilateral customers are metered. As such, they determine their bills,’’ he added.