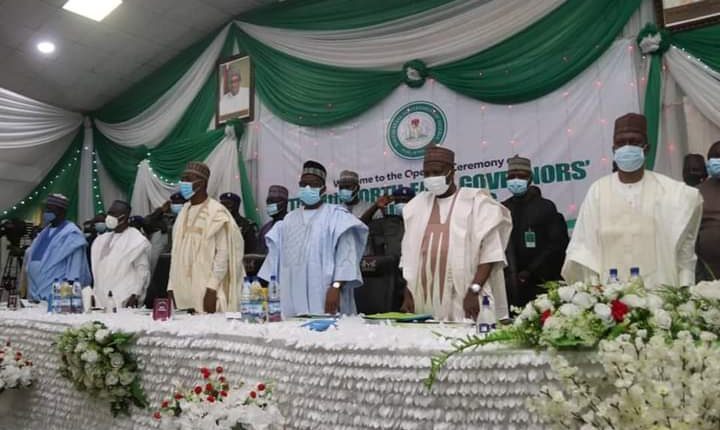 The Governors of Adamawa, Bauchi, Borno, Gombe, Taraba, and Yobe States, under the auspices of North East Governors’ Forum, has cast doubt on President Muhammadu Buhari-led government’s will to commence construction of the $5.792 billion Mambilla hydropower project with proposed 3,050 megawatts (MW) capacity before expiration of his tenure next two years.

They argued that the project, contrary to the apex government’s claim, was only existing on paper and that nothing has commenced on the project designed to address power generation challenges for the state.

The governors’ stance was contained in a 10-point communique issued after an extensive deliberation yesterday on the challenges confronting the region particularly insecurity, and other activities to boost welfare of the residents.

While expressing their displeasure over the manner in which Federal Government was handling the project, the governors stated that the government was yet to start any meaningful work on the project and that it had made the 2030 date set for the project completion unrealistic.

The communique reads: “The Forum deliberated extensively on the Mambilla Hydroelectric Power Project and noted with dismay, that the project as important as it is, to Nigeria and the North-East sub-region, is only existing on paper but in reality, the project has not commenced.

“The Forum, therefore, calls on the Federal Government to accord the project the desired seriousness because of its anticipated impact in turning around the fortunes of the sub-region and the country at large”.

Aside the project, the governors, during consideration for oil exploration, agreed to establish a special institution expected to ensure local content in the oil and gas industry when the product discovered within the region begins operation.

They said: “We have resolved to have specialized institutions to provide the required local contents in the Oil and Gas industry. It commended the Bauchi and Gombe State Governments for establishing the Oil and Gas Academy for Human Capital Development”.

The governor’s claim on the Mambilla project came days after the Nigerian Investment Promotion Commission (NIPC), called on the Chinese Government to intensify its support for Nigeria’s infrastructural development, especially with the Belt and Road Initiative (BRI), and the N2.1 trillion ($5.792 billion) 3,050 megawatts (MW) Mambilla hydropower project.

It would be recalled that the apex government approved the contract for the project on August 20th, 2017, and was relying on the Chinese government to source funds.