Uber driver, two others under NDLEA detention over drug… 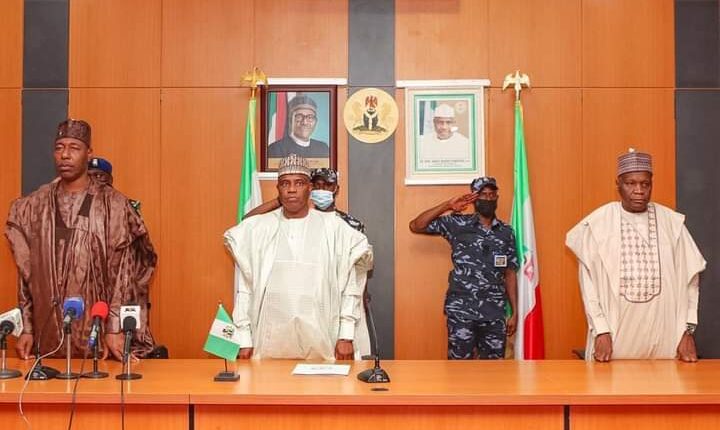 Days after bandits attacked and killed over 40 residents of Goronyo in Sokoto State, Governors from the North-East States have visited the affected community and donated N20 million to victims of the attacks.

The Governors under the aegis of North-East Governors Forum (NEGF) said that the donation was basically to assist the victim after they became traumatised following bandits attacks on their community and the murder of 43 people.

They made the donation on Saturday during a tour of the affected community to ascertain the level of destruction perpetrated by the bandits during an attack that lasted for several minutes.

The chairman of the forum and Borno State Governor, Babagana Zulum, alongside his Gombe State counterpart, Inuwa Yahaya, during the condolence and solidarity visit to Sokoto Governor, Aminu Tambuwal, assured the victims that aside from the funds, moral supports would also be provided.

Zulum prayed for the return of peace in Sokoto and all parts of Nigeria, disclosed readiness to exchange ideas with Tambuwal on possible solutions adopted when Borno was confronted with similar challenges.

Responding to the gesture, Tambuwal expressed profound gratitude to the Northeast Governors Forum for their donation and described that the fund would further reduce the burden suffered by the victims.

The Sokoto governor further described the coming of governors as a clear manifestation of love and brotherhood between the Northeast and the Northwest in general, and between Borno, Gombe, and Sokoto states.