Governor Sanwo-Olu …so long a journey to 56 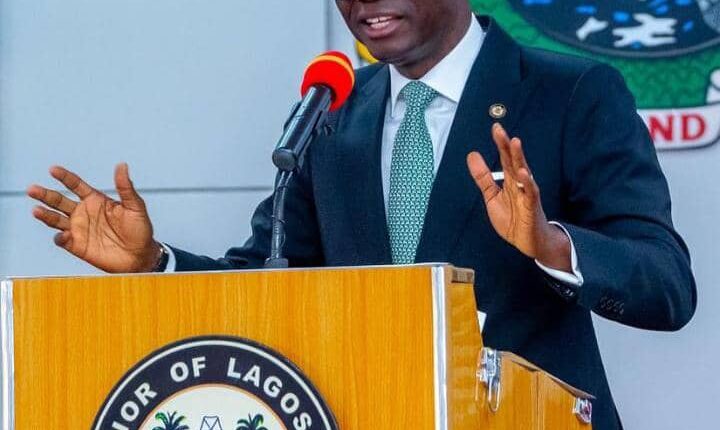 “Guys, who is Baba Ijesha, please?” was your question to the Communication Team during the week of the misdirected social media activism against your alleged attempt to release the popular Nollywood actor, who reportedly raped or sexually assaulted a minor.

The team was startled because the frequency at which celebrities, especially of the Yoruba plank of the movie industry, were mentioning your name in their bickering, no one would expect that you would need the guidance of ‘Demola Olaniran, the Senior Special Assistant (Media/Photography), to show you the comical actor’s photograph.

As Demola offered his phone, after trawling through the internet, you said: “So, this is the guy” after a casual look at the image. That response and the discussion that followed showed that you didn’t know him, or have an idea of any actor known by the name Baba Ijesha until the explosion of the internet war in which your name became an amour in the arsenal of the feuding parties, who were more interested in the theatrics to rev-up their sluggish social media profiles than justice.

The look on your face did not do enough to hide your astonishment that your name was on the lips of the battling parties, but it did excellently in revealing that you only manage the constant vilification for every thought, or imagination running through people’s minds.

Well, I guess that is not too much of a price to pay for holding a public office. Leaders get the kick for every unimaginable thing; even a drunkard who falls into the gutter now blames Sanwo-Olu for his debauchery in our Lagos. Chai!

You chuckled, and played an Ewi series dedicated to the brawl, obviously forwarded to you by somebody. Your name was mentioned as an interested party in the case. The lyrics of the Ewi series rode on the expertise of the Chanter to propagate falsehood; just the way some celebrities in our clime leverage their fame to misinform the people.

Our meeting progressed, but my mind could not move on from the thoughts kindled by the visible disbelief I noticed on your face. You murmured after the Ewi series had finished playing – “Everything is Sanwo-Olu when people cannot find an explanation for a situation, or understand it. We should actually do better than we are doing as a people. We are all responsible for this State. The Governor is just one person, a representative of the people”.

“Shouldn’t our people know that this is simply a police matter?” you asked rhetorically – and with barely disguised bemusement. I understood why you felt that way. The Ewi series, like other activities of the parties-in-war, had made the situation appear like you were an interested party. Unfortunately, that was just one of your daily headaches… dealing with conjectures.

You asked that we continue with the presentation. Just for the meeting to progress, while you took the underserved blames laid at your feet for being the Governor of the State with equanimity. “It is the price you pay for service and for putting yourself out there”, you always say each time a situation like this arises. Gbenga Omotoso, the Commissioner for Information and Strategy tried to calm you down. “Everything will be fine, Mr. Governor”,

However, your demeanour on this occasion solved a major riddle about your humanity. It revealed that our superman is human, with blood running through his veins. I saw it…blood droplets from the hurt caused by the thorny crown on your head as the Governor of Lagos State. Your response to Omotoso: “I Know. These things happen” was one of your usual ways of downplaying the unpleasant situations so that you can remain yourself – positive and bright.

I realised that leaders are humans and need empathy, especially a dedicated, people-centred and visionary leader like you. As an easy-going and effortlessly humble leader, you take each day as it comes and serves kindness to the people. You actually say it every time, “I owe Lagos unprecedented service and I will surpass myself to deliver it. Every citizen of the State, rich or poor, will feel the impact of my leadership”.

Even when the situation is tough, you are calm, always void of the belligerence and brusqueness often associated with politicians when in power. We see them growl at their citizens but watch you, with the composure of a family doctor, paint scenarios in a compassionate manner. From Covid-19 to #EndSARS, you demonstrated candour and charity the people of Lagos will remember for a very long time.

That the vitriols of work-hands on an internet-fertilised plantation of falsehood did not change your accessibility and interaction with the people remain evidence of the generosity of your spirit. Since October 2020, attempts have been made to dress a hero in the cloak of a villain.

Malicious narratives, knitted in lies, were orchestrated to dim your glow, but an acknowledgement of your good work by the real people and the impact of your government on their lives out-loud the whispers of mischief-makers, who only live behind the keyboards.

Sadly, here is demography you love so much, but herd mentality fuelled by ignorance sustained their animosity against the vast opportunities available for them in your admiration of their talents and abilities. Rather than feeling betrayed, you continued to reach out, engage and connect because of your conviction about their role and place in the future of Lagos State and Nigeria as a whole.

Lies have short legs and fate has ways of vindicating people from machinations. So, forging ahead with your resolve to making Lagos greater is the only way to achieve your utmost goal of inclusiveness and social mobility.

You have handled the situation properly, and reacted impressively well. With your demonstrated maturity, it will be fitting to say that you actually hit the wisdom of age 56 in October 2020, even though that was barely fourteen weeks after your 55th birthday. Your coming-of-age was validated by the uncommon sagacity and objectivity you exhibited in moments of emotional agony and despair.

The open field at the State House was your land of reflection when anguish was thick in the air. “Why did people think that I can order that anyone be killed?”, you asked aloud as you walked across the field. The night of October 20, 2020 was a mixture of everything. You stood up and sat down at the same time because everything was more than misery for you.

Neither was the morning after better. You had gone, against every security advice, to Lekki Tollgate (the protest ground) and hospitals within the vicinity to unravel the misery of the massacre that people did not believe was a ruse. You showed greater courage and took unmitigated risks visiting when emotions had displaced reasoning in the State, but your conviction that presented account of the event was inaccurate and grossly exaggerated emboldened you to put your life on the line.

Governor Sanwo-Olu, your family name will not spoil. It is truly distressing that as the first grandson in your family …. Babajide, the glory without the gory would have just been fine. Attempts to soil your reputation will not succeed because the radiance of your good deeds will continue to illuminate your path. The gloom of October 21, when you had to explain what happened at Lekki Tollgate to the State was a hard ground to till because the force of propaganda had swept many off the sofa of logic.

The doubt was strong. You wondered if people actually believed that getting into government turned you into a monster. Before going live, after instances of emotional breakdown, “is that how the people see me?” was the question that troubled you so much.

“A few days earlier, I was applauded for identifying with the cause and bearing its messages to the highest authority in the land. There will never be a massacre under my watch” you screamed. “That is not what I am about”, then the transmission began, but all through you struggled with public cynicism and despondency of false accusation. The atmosphere was reminiscent of Judea, the province of persecution of our Lord Jesus Christ. It felt like the characteristic pensiveness and sobriety of the Passion Week was with us in the State House.

Some people had formed an opinion based on internet images. Emotions had run high, and no one was even stepping back to take a critical look at the entire event. Things took an ugly turn and you became a victim in a matter you wanted to resolve purposefully in favour of the citizens. You paid the painful price of being the target of devious misinformation when you lost your grandfather’s house in Lagos Island and your mother’s house in Surulere to the violence. Your uncle was almost killed by a mob incited by propaganda and outright falsehood.

Indeed, ‘uneasy lies the head that wears the crown’ is not just an expression, but a fact of life, which proximity to you have proven. You are an uncommon leader, with a very accommodating spirit. How you reconcile issues is quite peculiar because you hardly get offended. Sanwo-Olu bears no grudge. He is a Governor for all, and for the advancement of Lagos State.

“This destruction is monumental and a major setback for the State, but the context of occurrence will not make anyone an enemy of the State at this time” was your response to calls for prosecution of #EndSARS protesters because of the wanton destruction witnessed across the State. That is your temperament and person, our Governor.

When you responded that “I am Governor for everybody – for those who supported the #EndSARS protest and those against the protest. We need to come together and heal together. We must take Lagos forward and make it greater” at one of our strategy meetings after the protest, Jaiye, Gboyega and myself concluded that “Oga may not understand the ramifications of what is on the ground, or he has his own plans”.

As the months rolled by, we realised that you understood the ramifications of what had happened much better than anyone of us, but the broadness of your mind and pragmatism had inclined you towards an inclusive approach to rebuilding the State. This disposition explains why you are a great party man and a democrat.

It is your birthday today. You deserve every accolade for your selfless leadership and commitment to the service of the people of Lagos State. You have been a model for public service efficiency and responsible governance. With the glimpse of A Greater Lagos shared on the second anniversary of your administration, we are convinced that you will successfully take Lagos to her rightful place in the comity of leading cities in the world.

Olusegun Fafore is the Executive Assistant to the Lagos State Governor, Mr. Babajide Sanwo-Olu on New Media and Public Relations.