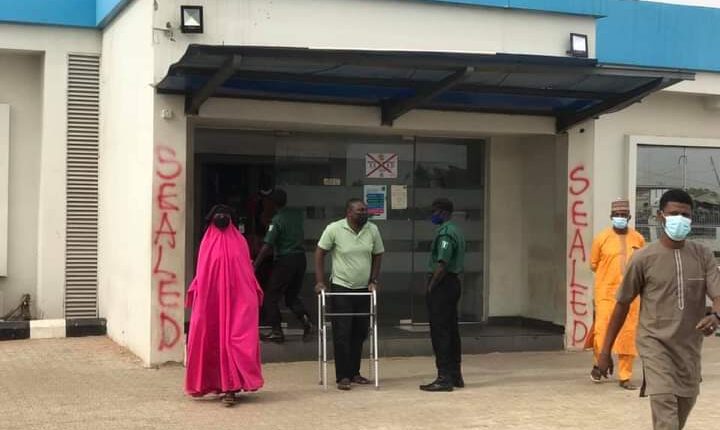 Share
The Gombe State Government has sealed three commercial banks branches and two fuel stations over alleged failure to pay the annual ground rent levies to the state government.
It listed the commercial banks branches that were sealed and operation halted to include First City Monument bank (FCMB), Union Bank, United Bank for Africa (UBA) while the two other fuel stations were Bormi Resources, and Total Filling Stations.
The state government disclosed that the affected property would be unsealed when they pay ground rent and N500,000 to the State’s Treasury Single Account (TSA).
Addressing newsmen after the closure on yesterday, Director-General, Gombe Geographic Information Systems (GOGIS), Dr Kabiru Hassan, said that the move was to ensure proper documentations across the state.
“The payment of ground rent is a legal responsibility of any property owner as enshrined in the Land Use Act of 1978 and upon accepting the offer it becomes incumbent on the beneficiaries to abide by the law.
“It was necessary for property owners to pay their annual ground rent to enable the Gombe State Government carry out its developmental projects across the state.
The basis in which we decided to took this bold decision was because, it’s apparent that we’ve sent out demand notices and reminders to these institutions but failed to do what’s expected of them. Part of the response said.
Kabiru called on all plot allottees to always settle up their ground rent at the GOGIS to assist the Agency in affirming up necessary data on property owners.
The Agency, therefore, calls on other banks branches and fuel stations in the State to produce their land title documents to perfect their papers.