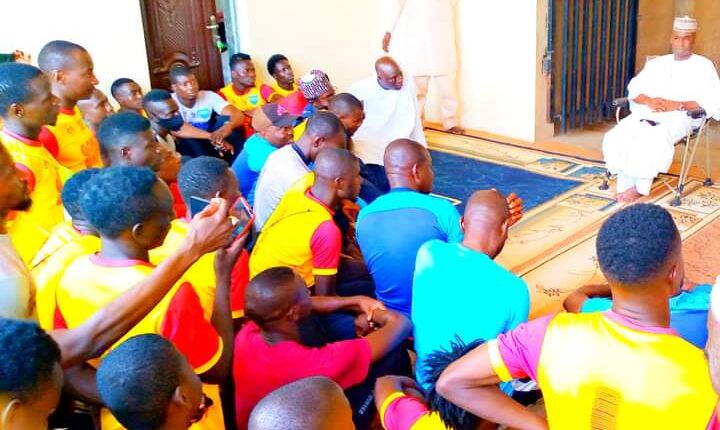 Ahead of the Nigeria National League (NNL) Super eight play-off, one of the teams, Gombe United, has gone to seek spiritual interventions to assist the team gain promotion to the Nigeria Premier Football League (NPFL) next season.

To seek spiritual intervention ahead of the tournament scheduled to hold in Enugu State, the team’s management, technical crew, and players have visited the Emir of Gombe, Abubakar Shehu, for prayers to win the tournament.

At the palace of the monarch before departing for competition yesterday, Shehu charged the players not to only qualify to the NPFL but to emerge overall winners of the super league.

The monarch, who is the chairman of Gombe State Council of Emirs and Chiefs, assured the team that he would do everything humanly possible to support the club for a successful outing.

He applauded the state Governor, Inuwa Yahaya, for his relentless financial support to the club throughout the season and for the release of funds for the playoff.

Earlier, a board member, Abubakar Abubakar popularly called Yellow, who spoke on behalf of the club, informed the royal father that Gombe United would be heading to Enugu for the NNL Super Eight Playoff after topping their group at the end of the season.

Abubakar, while appreciating the monarch, hinted that the play-off would decide which team, among the eight clubs, would gain promotion to the NPFL.

The board member, meanwhile, appreciated the role the emir had been playing as the patron of the club and solicited for his usual prayer and support.