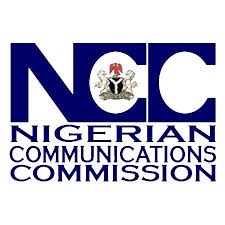 Nigeria has been scored lowest in an international study on the quality of digital well being in 85 countries.

According to the Surfshark’s Digital Quality of Life Index 2020, Nigeria comes last at 85th, following Columbia and Honduras, while Israel led as the country with the most affordable Internet globally.

The report also showed that Nigeria was one of the countries where subscribers worked the hardest to buy data.

While on a global average, individuals worked three hours and 48 minutes a month to pay for the cheapest broadband package; in Nigeria, it takes almost 34 hours.

Nigerians have to work 28 minutes for one gigabyte of mobile Internet compared to the global average of 10 minutes.

The report showed Nigeria had one of the least developed e-government as it ranked ranked 79th for countries with highest e-security out of 85 countries.

The report stated that overall people in 75 per cent of the researched countries had to work more than the global average to afford the Internet, which was a problem since overall well being was strongly influenced by their digital well being.

According to the DQL research, there is no evident relationship between Internet affordability and Gross Domestic Product per capita.

“For instance, Iran ranks low in terms of GDP per capita but has the fifth of the most affordable Internet globally. In comparison, Denmark has a high GDP per capita and ranks at the higher tier in Internet affordability (7th place),” it noted.

It added that disparities in Internet affordability between countries could depend on various factors such as differing levels or lack of competition in broadband markets, different degrees of ICT policy adoption, cost of infrastructure developments, lack of innovation, or geographical disadvantages.