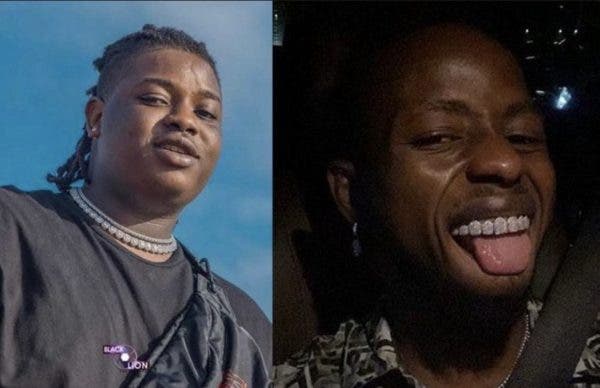 It explained that after several investigations and cross-examinations of the incidents, it was proven that the singer was not involved nor contributed to what led to Karshy’s death

The security agency clarified that contrary to claims in several media reports and social media post, the record label boss committed suicide was not murdered has been alleged.

In a report released yesterday by Office of the District Commander, Ghana Police Service, Adabraka-Accra, and contained in a statement, the police said that the March 7 incident was well captured in Closed Circuit Television (CCTV) footage obtained from Beauford Ridge Apartment where the crew lodged.

The security agency revealed that it was the deceased girlfriend who informed Bharry Jay the deceased was behaving abnormally before the singer approached him to find out what was wrong.

“On receipt of the report, the deceased’s friend, Oluwakayode Balogun, came out to see what was happening. He met the deceased and then approached him to ascertain what really the matter was,” the statement said.

Continuing, the report said, “It was established during investigation that on 7th March 2021, the deceased ― Babatunde Michael Abiodu ― a Nigerian, together with two Nigerians, Oluwakayode, a male, and a female friend, came to Beauford Ridge Apartment at Adabraka and checked in for three-bedroom apartment to lodge.

“That in the mid-night of the same day, the deceased’s male friend, Oluwakayode Balogun, and one Ghanaian music producer were in one of the rented rooms doing recording and editing when the deceased girlfriend, who was in one of the bedrooms with the deceased, suddenly rushed into the recording room and reported that the deceased was behaving abnormally.

“The suspect, for fear of his life, ran away to the reception. Further investigation also revealed that after the suspect had succeeded in escaping, he spent 15 minutes outside of the apartment before the deceased threw himself over the corridor from the fourth floor to the down floor and died instantly.

“This assertion was corroborated and confirmed by an eye witness who occupies another apartment next to the deceased who could not bear the level of disturbances and came out to meet the deceased who kept on disturbing.

“The witness pleaded with the deceased to minimize his disturbance but he ignored him and continued misbehaving abnormally. The witness decided to leave him alone to his fate, moved a short distance away from him, and was monitoring the behaviour of the deceased for about 30 minutes until he finally raised himself over the corridor from the fourth floor of the building, fell on the floor in a prostate position and died instantly.”

The Ghanian police said that the CCTV footage installed at the reception covered the movement of the suspect and the deceased during and after the event and was played before counsels from both the deceased and suspect’s lawyers.

“All parties were satisfied with the footage of the incident, which occurred on that fateful day at Beauford Ridge Apartment, Adabraka, as there were no questions raised concerning the CCTV coverage leading to the death of the deceased.

“On March 10, 2021, a post-mortem examination was performed on the body of the deceased by a pathologist of the Police hospital ― C/Supt. Dr O. Owusu Afriyie ― who gave the provisional cause of death as “severe head injury; fall from a height,” the report added.