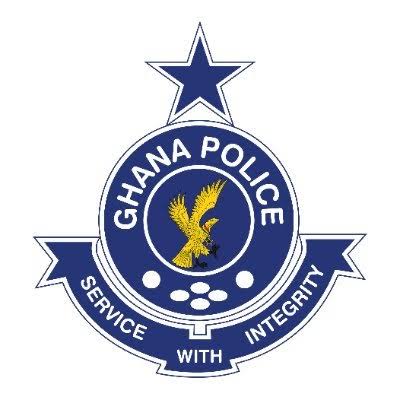 The Ghanaian Police has banned religious groups and others from releasing injurious New Year prophecies that could create tension and panic in the Anglophone West African country as failure to do so could attract up to five years imprisonment.

The force stated that New Year prophecies are reeled out by religious leaders towards the end of a preceding year or at Crossover Services on December 31st to usher in a New Year, adding that some of these prophecies have been known to cause panic while many of them eventually do not come to fulfilment.

Through a statement signed by its Director, Public Affairs, Alexander Obeng, the police said that persons found guilty of causing tension in the Ghanaian society through injurious prophecies could be liable to a term of imprisonment of up to five years.

The letter marked, ‘My Ref: PAD/PRESS/VOL.3/1/256’, was titled, ‘Ghana Police Service statement on communication of Prophecies and their legal implications’.

The statement read:“As the year 2021 draws to a close, the Ghana Police Service wishes to draw the attention of Ghanaians, especially religious groups, to the fact that whereas we have the right to religion, freedom of worship and free speech, all of these rights are subject to the respect for the rights and freedoms of others according to our laws.

“Over the years, communication of prophecies of harm, danger and death, by some religious leaders, have created tension and panic in the Ghanaian society and put the lives of many people in fear and danger.

It is also a crime for a person, by means of electronic communications service, to knowingly send a communication that is false or misleading and likely to prejudice the efficiency of life-saving service or to endanger the safety of any person.

“A person found guilty under these laws could be liable to a term of imprisonment of up to five years.

“We therefore wish to caution all Ghanaians, especially religious groups and leaders to be measured in their utterances, especially how they communicate prophecies, which may injure the right of others and the public interest.”

“The Ghana Police Service wishes to place on record that the Police are not against prophecies; we acknowledge that we Ghanaians are a religious people who know, and believe in, the centrality of God in our lives.

“The Police wish to assure all religious organizations that we are committed to ensuring maximum security during the 31st December night, end of year services and beyond. There should be no apprehensions therefore about undertaking the various activities. We ask only that everyone keeps within the law and is mindful of the welfare of each other.

“We also urge all Ghanaians to observe the COVID-19 protocols religiously so as to protect ourselves, families and friends from this ravaging pandemic.

“We also take this opportunity to wish all Ghanaians a Merry Christmas and a happy New Year.”