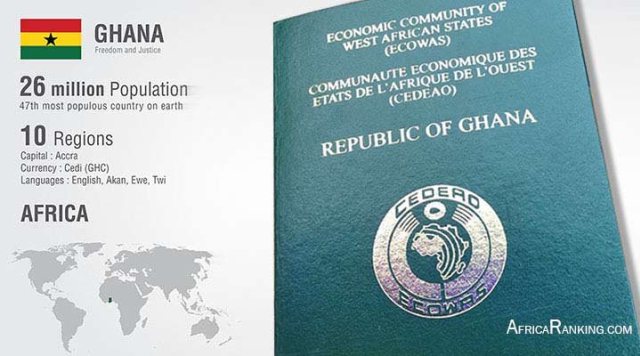 As a measure to boost business flow, the Ghana and United Arab Emirates (UAE) governments have decided to ease the entry agreement between them, approving a visa-free deal for their nationals seeking to visit any of the countries.

The agreement between both countries, which was contained in a Memorandum of Understanding (MoU) between the Government of Ghana and the UAE on mutual exemption of entry visa requirements, would further allow citizens with their countries passport the opportunity to stay for a period not exceeding 90 days.

To ensure the agreement become effective, the Ghanaian parliament approved the deal following the adoption of the Foreign Affairs Committee Report on the MoU between the government, represented by the Ministry of Foreign Affairs and Regional Integration, and the Arabian country on mutual exemption of entry visa requirements in respect of diplomatic, service/special and ordinary passport holders.

The MoU on the exemption of visa requirements between the two countries was presented to the House barely three months ago, May 26, 2021, by the Minister of Foreign Affairs and Regional Integration, Shirley Botchway.

Botchway’s presentation came one year and a half after an agreement was executed between both countries with the object of waiving visa requirements for their nationals and that they must leave within three months of entry.

Before the approval yesterday, Chairman of the Committee, Bryan Acheampong, while presenting the report before the lawmakers, indicated that during a presentation of their report that Ghana/UAE had had fruitful cooperation, indicating that the two countries were desirous to take the bilateral relations to another level.

According to him, the agreement constitutes a comprehensive framework on visa regimes for both countries and does not impose obligations on the two parties to admit people who were considered to be of questionable character into their territories.

He reported that neither did the MoU impose any financial obligation on the two countries nor provided direct financial gains from its implementation.

The lawmaker said that the agreement had been fashioned in a way to create a win-win situation for both countries, and added that relaxed visa entry requirement is expected to yield tremendous benefits to citizens of Ghana and UAE through improved relations, trade, and bilateral co-operation.

Acheampong stated that visa waiver arrangements to facilitate the movement of diplomats and government officials are common, except that this one makes ordinary passport holders beneficiaries.

On the issue of justification, the Committee chairman noted that visa waiver arrangements were common and intended to facilitate the movement of diplomats and government officials between states for official purposes and demonstrative of mutual trust and cooperation between the two countries.

The House after the approval, however, recommended that the Ministry of Foreign Affairs and Regional Integration, pursuant to the adoption of the MOU, should work hard to ensure that Ghana’s official passport processing system is improved and made devoid of all manipulations.

It further urged the Minister to engage her counterparts from the Emirates to make similar guarantees to facilitate the possible roll-out of the facility to the entire mass of nationals in the UAE to cement the friendly bilateral relations that exist between the two countries.