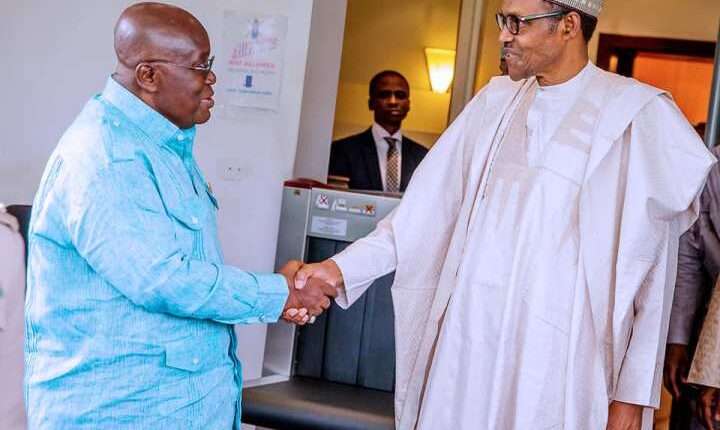 It explained that the move had become imperative in line with the global economic situation and to further strengthen trade relations among African countries, saying there was the need for collaboration to increase trade volumes among black nations.

The government which expressed dissatisfaction over the low level of trade between African countries revealed that out of about US$460billion in African trade volume, only US$69billion was transacted among African nations.

Speaker of the Ghanaian Parliament, Alban Bagbin, who made the government’s position known, argued that the low levels of trade among African countries as compared to trade with other parts of the world constitute one of the defining characteristics of the black nations continued poverty.

Speaking while addressing members of the House of Representatives during Wednesday’s plenary, Bagbin disclosed that the Ghanaian Parliament was doing all within ambits of the law to resolve the concerns of the Nigerian traders in Ghana through a joint effort between both countries.

According to him, that is always the way to go if we are interested in the peace and development of our countries. I am confident that the intervention of our two legislatures in this effort will yield results. Whilst at it, it is said that it must be peace without victory.

“Only peace between equals can last. To this end, it will be highly appreciated if the Government of Nigeria will review the prohibition list banning the importation of specific goods and commodities into the Nigerian market, from countries including Ghana.

“This request is underscored by the resolution as captured in the communique of 31st May 2021 referred to supra. I have no doubt, Rt. Hon. Speaker, under your sterling leadership of the House of Representatives of the Federal Republic of Nigeria, an institution of measureless might and majesty, Nigeria can fine-tune the prohibition list to align with contemporary international trade practices,” he said.

Speaking on the Africa Continental Free Trade, he said “the coming into being of the African Continental Free Trade Area signals that we are open for business and mutually beneficial investments. Indeed, Africa’s prosperity depends largely on Intra African trade. An increase in trade volumes is the surest way to deepen regional integration in Africa.

“Data available from the United Nations Economic Commission for Africa (UNECA) indicates that in 2019 Africa’s total volume of trade was about US$460billion, however only US$69billion of this huge volume of trade was transacted among African nations. What is even more worrying is that most of these imports traded can be produced and procured in Africa. This unfortunate trend hinders prospects of bringing the needed prosperity to our people.

“It results in the frailty of our security situation given that the rising youth unemployment on our continent which is the world’s youngest continent, occasioned by this unpleasant development, provides handy tools to those so minded to perpetrate all acts of vandalism, hooliganism, and violent extremism.”