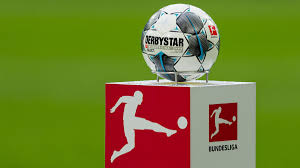 The German Government has disclosed that the nation’s football tournament, Bundesliga, would be allowed to resume activities after completion of a compulsory 14-day quarantine for all players and club staff.

It said that restarting matches in the first and second divisions of the league would help mitigate the negative economic effects of the deadly coronavirus pandemic on the country.

The German Chancellor, Angela Markel, said that the compulsory quarantine order was with the aim to protect players and club staff from possible spread of the viral infection, and also to ensure that the league resumption would pose no health risks to the nation.

Markel confirmed the sports league reopening through a statement released on Wednesday, and revealed that club players and staff were encouraged to observe quarantine in specialized facilities, during which personal training could also be carried out ahead of the league restart date.

She said that the nation’s football body, Deutsche Fußball Liga (DFL) was set to meet on Thursday to decide on final details of the league resumption and expressed optimism that play would be restarted by the 22nd of May, 2020.

With the Bundesliga set to return, the final nine games of the season can now be played for the season’s winner to emerge.