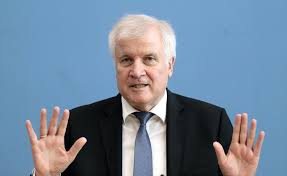 The German Government has disclosed that it is set to ease some of its coronavirus preventive border controls, saying that a total reopening of the nation’s exit ports would be cautiously implemented in coming days.

It said that the borders of the European nation would commence reopening from Saturday, May 16, 2020, and that residents would be allowed to resume travel to other countries within the continent.

The Interior Minister, Horst Seehofer, confirmed the border opening to newsmen in the nation on Wednesday and expressed his hope that free travel would have commenced in all countries of the continent by June 15, 2020.

Seehofer said that though the reopening would encourage free travel, it was pertinent that residents embrace caution during travels with aim to avoid a renewed outbreak of the deadly coronavirus pandemic in the country.

He stated that the government would remain vigilant even as the borders were being reopened, adding that the control measures would be re-imposed in the event of a renewed coronavirus outbreak.