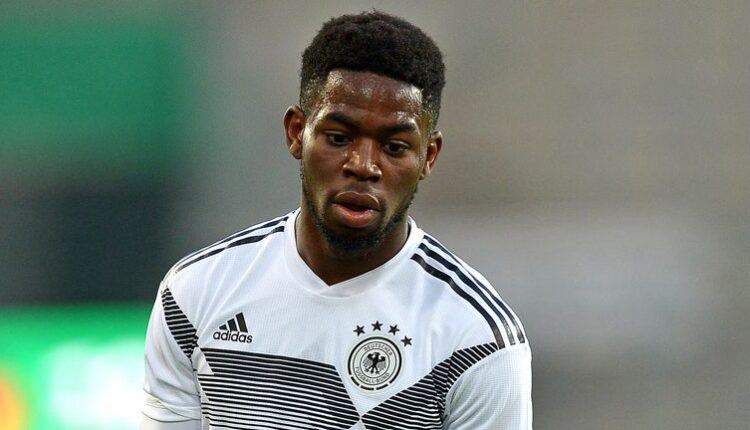 The Germany’s Olympic football team walked off the pitch during a warm-up match after one of their defender, Jordan Torunarigha, was allegedly racially abused by an opponent during the encoiunter organised to assist both teams fine tune their strategy ahead of the competition.

During the match that ended five minutes before time, a Honduran player was said to have uttered racial statements against 23-year-old Jordan, who is the son of Nigerian former player, Ojokojo Torunarigha.

Following the alleged abuse from the player and directed at the defender, the game against the Honduras in Wakayama, Japan, ended five minutes before the end at 1-1.

Reacting over the development, the German soccer federation explained that the team left the field after one of the player was racially insulted by a Honduran player.

The team’s coach, Stefan Kuntz, said: “If one of our players is racially insulted, it is not an option for us to continue playing. We decided that that we cannot continue and decided that at five minutes before the end of the game, we walked off after the scuffle occurred.

“I ran to Jordan because I saw his gestures. He was getting terribly upset. He said that he had been racially insulted for the second time. We decided to leave the pitch because it was against our values.

“The whole Honduras squad came over to the bench and apologised. That ended the issue for us and Jordan. His [Torunarigha’s] team-mates picked him up straight away, gave him a hug for the first few minutes. He was very upset. But you could tell that he was happy to be with us. At the end, we even joked a bit again”, he added.