US imposes restrictions on flights from South Africa, seven… 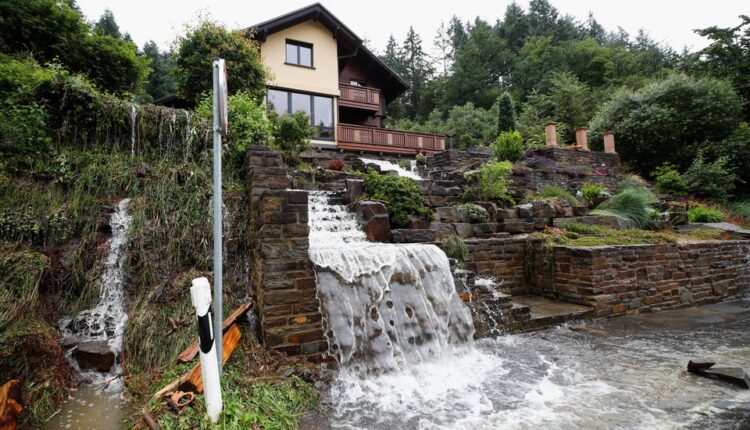 At least 11 people have died and dozens were reported missing after record rainfall in western Germany caused rivers to burst their banks, swept away homes, and inundated cellars.

As gathered, four people had died and 70 were missing around the wine-growing hub of Ahrweiler, in Rhineland-Palatinate state, after the Ahr river that flows into the Rhine burst its banks and brought down half a dozen houses.

Confirming the incident on Thursday, one local man said he fled Ahrweiler to safety after a flood warning was issued at 2 a.m. (0000 GMT).

“I’ve never experienced a catastrophe where the river burst its banks in such a short space of time,” the 63-year-old man, whose name was not given, told journalists.

To the north, in North Rhine-Westphalia, two people were found dead in flooded cellars in Cologne, with further deaths in Solingen, Unna and Rheinbach, police said. On Wednesday night, two firefighters died in the state – one drowned while the other collapsed after a rescue mission.

Also confirming the incident, the Koblenz Police said that around 50 people were stranded on roofs in Ahrweiler, and more houses were at risk of collapse. It added that police helicopters flew in from neighbouring states to winch people to safety.

Video footage from nearby Bad Neuenahr showed cars and trucks strewn across streets and one sport-utility vehicle perched on a fence, a road blocked by wreckage and fallen trees as floodwaters receded on Thursday morning.