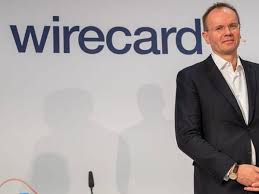 Wirecard for Chief Executive Officer, Markus Braun, has been placed under detention on suspicion of falsifying company revenue to make it appear stronger and more attractive for investors and customers, prosecutors said in a statement on Tuesday.

Braun’s arrest came hours after the firm said that $2.15 billion it had booked in its accounts likely never existed, a black hole that threatens to engulf the payments company.

The ex-CEO, who turned himself in, will attend a hearing on Tuesday where a judge  is expected to decide whether he is to remain in custody, the Munich prosecutors said. Braun’s lawyer was not immediately available for comment.

He was accused of misrepresenting the company’s accounts and of market manipulation by falsifying income from transactions with so-called third-party acquirers, the prosecutors added.

Wirecard said last week that auditor EY had refused to sign off on its 2019 accounts as it was unable to confirm the existence of 1.9 billion euros in cash balances in trust accounts, about a quarter of its balance sheet.

The one-time investor darling is now holding emergency talks with its banks, which are owed roughly 1.75 billion euros, to avert a looming cash crunch triggered by the missing money.

The episode marks a dramatic turn in the fortunes of a home-grown tech firm that attracted some of the world’s biggest investors before a whistleblower alleged that it owed its success in part to a web of sham transactions.

Two people familiar with the matter said that state prosecutors in Munich are also considering issuing an arrest warrants for Jan Marsalek, a board member fired on Monday. His lawyer was not immediately available for comment.