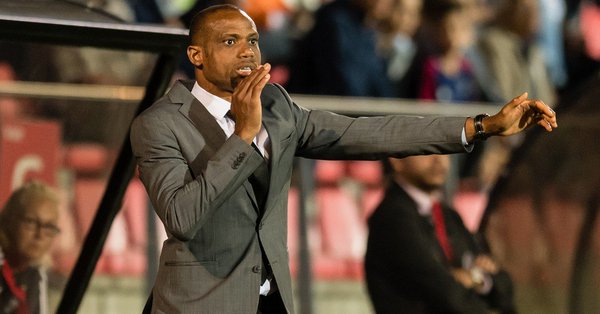 A former Super Eagles Head Coach and captain, Sunday Oliseh, has been appointed as the new manager of a German regionalliga West club, Sav Straelen.

Oliseh has been offered a one-year contract with the fourth-tier club and would be responsible for guiding the club for 2022-2023 season.

Confirming the appointment, President of the club, Hermann Tecklenburg, yesterday, told newsmen that he was picked considering his experience over the years.

“Yes, Sunday Oliseh will be our new coach. A good 14 days ago we had delicious asparagus at the Straelener Hof. That was a good conversation. In the last 24 hours, we were also able to discuss an employment contract until June 30, 2023. On Wednesday 21 June, Sunday will lead the first practice session. We look forward to working together.”

It would be recalled that the 47-year-old last managed Eredivisie club, Fortuna Sittard, after leaving the Super Eagles job.