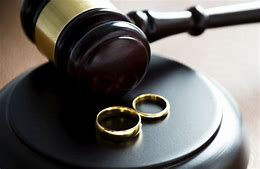 A Kwara State based legal practitioner, Johnson Ekundayo, has attributed domestic violence which often occur in marriages to gender equality, the campaign of which he claimed stands as threat to the institution and also bad for the country.

Ekundayo said that marriages in Nigeria had unknowingly shifted off heavens purpose due to gender equal right demands by a quarter of society and until parties returned to tradition, marriage would continue to witness series of domestic violence, from which separation is expected.

Speaking to newsmen on causes of domestic violence on Thursday, in Ilorin axis of Kwara State, the legal practitioner stated that demands for gender equality was a potential threat to marriages and that Nigerian women had continue falling as victims, and yielding to ideas of those who consider themselves as voices of women in society.

He said that gender equality was a mantra of some women who had never consider implication of their message and that the idea could be wrongly interpreted by other innocent women as having equal rights with their husbands at home, an interpretation of which could lay foundations for bad behavior and non-submissive actions that trigger violence towards women in their marriages.

“I do not see anything bad in gender equality, but it poses a threat to the future of marriages in Nigeria, because our present generation may wrongly interpret the word ‘equality’,”

“I do not hate gender equality. It is good for development of the country but not to be extended to matrimonial union”.

“Women need to love their husbands and be totally submissive to their spouses, as this is proper in keeping a home, and not to follow strange doctrines of equality that would make husbands uncomfortable therefore leading to bad consequences for the woman and home”.

“We men too, are to live patiently with our wives and not to maltreat or discriminate against them because domestic violence is an offence punishable by law”.