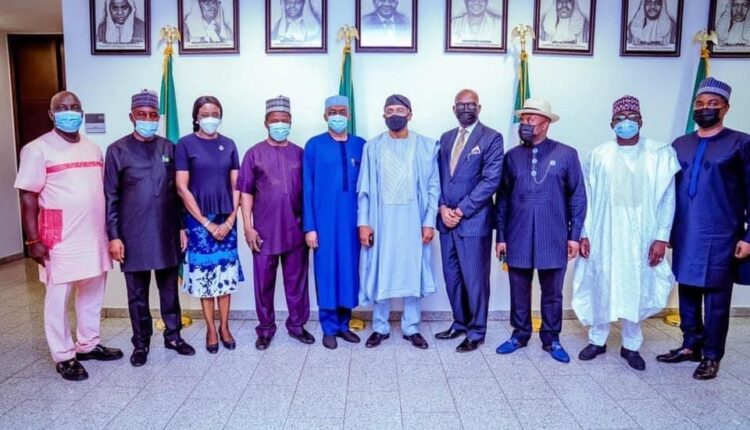 The Speaker, House of Representatives, Femi Gbajabiamila, has emphasized the need for relevant stakeholders, including government and private sectors to focus more on gas sector rather than crude oil for the development of the nation.

The speaker explained that since the world moving away from oil dependence, it was important Nigeria and Nigerians key into the gas sector with its potential that could independently boost the country’s economy.

Gbajabiamila noted that since Nigeria needs to maximize its natural gas resources, it had become imperative for experts in the gas sector to partner with those in government for the development of the sector to achieve optimum results.

Speaking while receiving a delegation of the Nigerian Liquified Natural Gas (NLNG) in his office yesterday, Wednesday, Gbajabiamila said that the on-going process of passing the Petroleum Industry Bill (PIB) had provided an opportunity for the experts to collaborate with the House to incorporate futuristic gas legislation that would be beneficial to Nigeria and Nigerians.

According to him, definitely, it is now all about gas. Crude oil, as we know and which we all rely on, is not so infinite, its end is almost around the corner, and we don’t want to be caught unawares. We have to be prepared for that day.

“That is why I agreed on the issue of the PIB and why, from the ground floor, the gas sector needs to key in and lock in its role in the piece of legislation that would come out in PIB. This is very important because the PIB is going to be there for ages and this is the time we need to key in the gas sector in framing that piece of legislation together.

“With our proven reserve and potential that will propel us from the 9th largest producer in the world to the 4th, that’s a blessing we can’t overemphasize as gas touches on every aspect of the economy. We are on the same page with you on the need to unlock the potential for the good of Nigeria,” he said.

Earlier, the leader of the delegation and the Managing Director of NLNG Limited, Tony Attah, informed the speaker that Nigeria has proven 200 tcf from its reserve and there is the availability of another 600 tcf potential that needed to be proven.

According to him, combining the proven and potential (800tcf) would place Nigeria in a vantage position of being number 4 from 9th world’s largest producer of gas.

“Being number 4 is a game-changer that will continue to help Nigeria well into the future, irrespective of the energy transition and changing energy needs.

“We believe that the PIB is a major opportunity, and before it’s signed, we thought we would bring this to your attention,” he added.

Just In: Lagos Assembly okays 355 vehicles for Sanwo-Olu’s aides, others