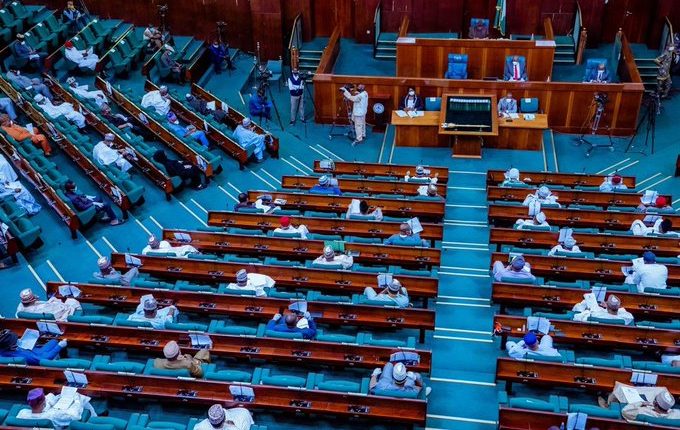 The Speaker of the House of Representatives, Femi Gbajabiamila, has urged the Federal Government to involve legislators in its implementation of lockdown palliative distribution, saying that such would facilitate timely and accurate disbursement of the relief items to vulnerable residents in constituencies across the nation.

Gbajabiamila stated that the apex government mode of distribution was commendable, but that it had yet to reach many disadvantaged Nigerians, thus leaving a vacuum which he said could be filled by the House of Representatives members.

He said that it was imperative that the relief materials reach all Nigerians, irrespective of tribe or location, so as to mitigate the negative economic effects of the deadly coronavirus pandemic in the nation and upon its people.

Gbajabiamila, while speaking during plenary on Tuesday, reiterated that the legislators were in the house as representatives of the peoples’ interests and that it was a matter of duty to ensure that government palliatives were distributed in an inclusive and equitable manner.

He explained that the green chamber was first to receive complaints from constituents who had not received the federal government palliative, and added that that the lawmakers’ closeness to their people would facilitate accurate distribution of the relief materials across the nation.

“We urge the Federal Government to take advantage of the unique insights of federal legislators in targeting the distribution of some essential palliatives. When federal government interventions do not reach those that need, we are the first to receive complaints and have to explain to our constituents the reasons why they do not qualify or why they have been left out. Our grassroots interactions provide knowledge and context that can be useful to ensure that the hardest-hit communities receive help”.

Gbajabiamila advised the federal government against inadvertently fanning the flames of discord among its people, saying that existing fault-lines in the nation’s polity needed to be considered and managed with aim to ensure continued unity of the country.

“At times like this, there is a tendency for the existing faultlines of a nation to become dangerously exacerbated. The government must not be complicit, by acts of omission or commission in any such aggravations, as such will only make it more difficult to maintain the unity of purpose, that is essential to our nation’s survival at this delicate time”.

The Speaker disclosed that, in support of the government drive against coronavirus infection in the country, he had established a Covid-19 Strategic Response Team (CRST) which was mandated to develop interventions and reforms, as well as update the legislative agenda to reflect Nigeria’s post-Covid realities and priorities.

He said that the house would also raise new legislative bills aimed at rebuilding the nation’s post-pandemic economy and revealed that the process would commence with the National Social Investment Programmes (NSIP) which would be made into a bill for consideration during next plenary.

Gbajabiamila commended the federal government response to the coronavirus crisis in the nation and urged fellow lawmakers to educate constituency residents on the reasons behind the restriction directives so as to ensure compliance with advised preventive measures such as regular handwashing and social distancing.