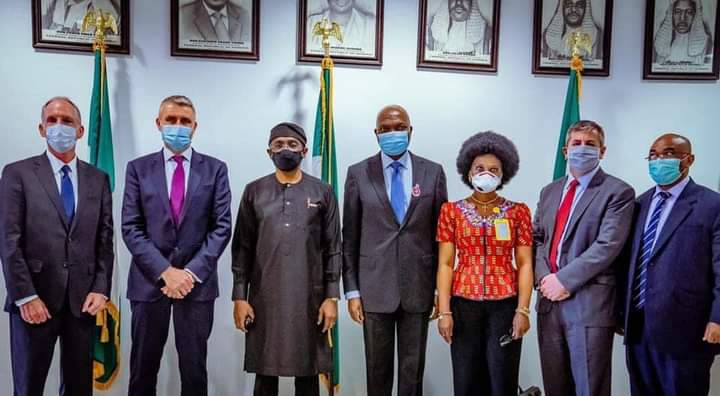 After several years of deliberations on Petroleum Industry Bill (PIB) passage, spanning different administrations, the Speaker of House of Representatives, Femi Gbajabiamila, has disclosed that the bill aimed at reforming Nigeria’s oil industry would be passed and forwarded to President Muhammadu Buhari for his ascent before May 2021.

Gbajabiamila, who acknowledged that the bill was necessary to address the challenges in the sector, assured that the National Assembly would ensure stakeholders in the sector have their input in the bill before passage in order to have a regulation that satisfies all parties.

The speaker gave the assurance on Tuesday when he played host to a delegation of the Oil Producers Trade Section (OPTS) under the Lagos State Chamber of Commerce and Industry,

While assuring stakeholders’ in the sector that the bill would be passed, Gbajabiamila stated that the House ensure inputs from private sector in order to pass a PIB that would be satisfactory to all.

“On the PIB, there are two things that the House would want to do. First, the House is determined to pass the bill within the next six months, or probably less, because the clock has already started running from the time it was presented.

The Speaker urged members of the OPTS led by their Chairman, Mike Sangster, to avail themselves the opportunity they have at hand to reach out to the House Adhoc Committee on PIB to make their inputs.

He expressed concern over the submission by Sangster that the PIB in its present form, would not make the Nigerian oil and gas industry competitive globally.

“The PIB has been long coming. Because of the various interests, it’s difficult to pass a bill that addresses the interests of everyone. But the PIB luckily will involve local content.

“I am very concerned about what you said that the PIB as it is, doesn’t allow Nigeria to compete favourably in the global market,” he said, noting that “We’re not competitive, yet there’s the presence of oil majors here. We need to look at it, but I think it will be difficult to tell members that we should go back to the old arrangement that we had.

“I need to ask the question that where were you when they were making this law? Your inputs should have been there. It’s never too late for you to have your inputs. I am sure the committee will do justice to the other issues you raised,” he added.

Earlier, Sangster raised concerns about the present form of the PIB, which he said if passed the way it is, it would negatively affect Nigeria’s competitiveness in the global market.

He noted that in the past years, the African continent attracted about $70 billion of investment in the oil and gas industry but that only about $3bn came to Nigeria despite being a major player continentally.

When the Speaker sought to know from Sangster if the PIB had any positives, the OPTS chairman responded in the affirmative, noting that the PIB represented the much-needed reforms in the sector.

He noted, however, that in its present form, the Bill “doesn’t provide the environment for future investments.”

He raised other issues to include the preservation of the oil and gas business in the country, royalties, tax, how to handle NNPC’s outstanding liabilities, segregation of the upstream and downstream, complexities in the implementation of the bill, among others.

Noting that the petroleum industry had the capacity to create thousands of jobs in the next 10 years, Sangster said: “We would encourage the House to reach out to other sources to have a better analysis of the PIB.”