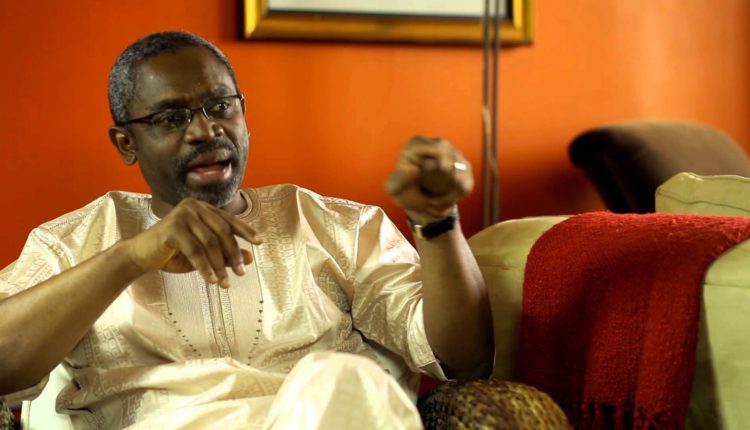 The Speaker, House of Representatives, Femi Gbajabiamila, has condemned the killing of a newspaper vendor, Ifeanyi Okereke, in Federal Capital Territory (FCT) Abuja, by a Nigerian Police officer attached to his convoy.

Gbajabiamila said that to ensure proper prosecution of the perpetrator, he has been suspended and that he has initiated an investigation to unravel other details on what transpired at the scene.

The deceased vendor, who became a father few hours before, was said to have been shot in the head when he and his former colleagues flocked the speaker’s convoy to ask for cash gift to cater for their needs.

As learnt, Okereke was rushed to the National Hospital by his brother and some police officers, where he was pronounced dead by medical personnel and confirmed by Chairman of the Newspapers Vendors Association in FCT, Etim Eteng.

Confirming the tragedy, the speaker in a statement posted on his official social media accounts, condemned the action of his aide and stated that he was never instructed to carry out such.

He stated that the vendor and his colleagues had known him for long and that it had become a usual location where he often had stopover when leaving the secretariat premises.

In the statement made public on Friday, he commiserated with family of the deceased and assured that necessary actions would be taken to ensure that the vendor gets justice.

“A horrible incident has taken place. This evening as I left the national assembly, I stopped as usual to exchange pleasantries with the newspaper vendors at the corner. Many of them have known me since I first moved to Abuja and it was a friendly exchange.

“Unfortunately, after the convoy set out in continuation of movement, unidentified men obstructed the convoy which got the attention of security men in the convoy who shot into the air to disperse them.
“Some hours later, after getting to our destination, it was brought to my attention that someone was hit by a stray bullet, contrary to an earlier report by men in the convoy that they applied their security discretion to shoot in the air.
“I have caused a report to be made to the local police station and an investigation has commenced. In the meantime; the officer who fired the fatal shot has been suspended from the convoy pending the conclusion of the investigation.
“My value for human life and my respect for all people – irrespective of social economic status – is what endeared me to these vendors and these are the reasons why I stop my convoy quite often to connect with them.  For one of them to have been shot by my security detail is horrific and I cannot begin to imagine the grief and loss Ifeanyi’s family must feel on this sad day.  No family should have to go through this.
“I am personally distraught about this incident and my deepest sympathies go to the victim, his family and Abuja vendors”.