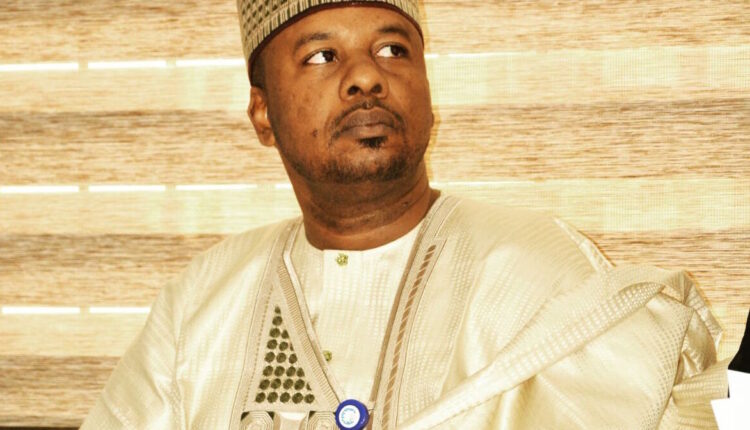 The Kano State Governor, Abdullahi Ganduje, has suspended his Special Adviser on Media, Salihu Yakasai, after criticising President Muhmmadu Buhari over his alleged inaction to plight of Nigerian youths calling for outright scrapping of Special Anti-Robbery Squad (SARS) unit of the Nigerian Police Force over brutality and extra-judicial killings of innocent citizens.

Trouble started when Tanko, who was visibly perturbed by the President’s defeaning silence and his alleged failure to address Nigerians on the issues of police brutality which had attracted international outcry and condemnation after more than 72 hours of protests both online and offline.

The media aide, through a post on his social media page, described the President Buhari-led administration as lacking in emphaty despite outcry from Nigerians, which he said, was loud enough for any responsible leader to take action.

“I’ve never seen a government with zero emphaty like that of president Buhari. So many times when his people are going through difficult time and expect some sort of tab on shoulder to reassure them that he is in charge, but he failed to do so. The I don’t care attitude is on another level.

“To speak to your people over issues that are bedevilling them has become something like a favour you are doing to them. Over and over again, you cannot spare five minutes and address the nation to calm them down, the same people you went round to the 36 states to beg for their votes, its heartbreaking,” the post read.

Not satisfied with Tanko’s comment on the raging issue, Ganduje suspended the aide and cautioned other public officials from what he described as ‘unguarded comments’ capable of heating up the polity.

Through a statement by the state’s commissioner for Information, Muhammad Garba, the Governor explained that the suspension takes immediate effect and that his administration would not condone unecessary utterances.

According to him, although the media aide has owned up to the comments as his personal opinion, but as a public figure, it will be difficult to differentiate between personal opinion and official stand on matters of public concern.

“The governor therefore warned political appointees and public servants to guard against making statements capable of drawing unnecessary controversy and heating up the polity.

UPDATE: Four die, others trapped after building collapses in Lagos