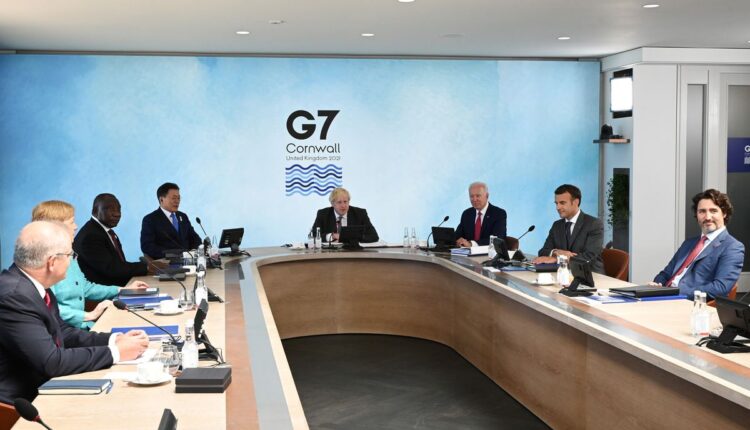 As part of their contributions aimed at meeting an overdue spending pledge, the G7 nations’ leaders have announced another pledge of $100 billion a year to help poorer countries cut carbon emissions and cope with global warming.

Aside pledging to meet the climate finance target, the world’s seven largest advanced economies also reiterated their commitment to help speed infrastructure funding in developing countries and a shift to renewable and sustainable technology.

Confirming the development, a spokesman for British Prime Minister, Boris Johnson, explained that individual nations were expected to set out the size of the increases “in due course”.

Meanwhile, analysts argued that the pledge, among other moves, were clear indications that leaders at the G7 summit in southwestern England are planning to counter China’s increasing influence in the world, particularly among developing nations.

The leaders also signalled their desire to build a rival to Beijing’s multi-trillion-dollar Belt and Road initiative but the details were few and far between.

In the draft communique released by the seven nations, including the United States, Britain, Canada, France, Germany, Italy and Japan, the leaders reaffirmed their commitment to “mobilise $100 billion/year from public and private sources, through to 2025”.

“Towards this end, we commit to each increase and improve our overall international public climate finance contributions for this period and call on other developed countries to join and enhance their contributions to this effort,” the communique read.

Meanwhile, in statement released late on Saturday, the G7 host, Johnson said: “Protecting our planet is the most important thing we as leaders can do for our people”.

“As democratic nations we have a responsibility to help developing countries reap the benefits of clean growth through a fair and transparent system. The G7 has an unprecedented opportunity to drive a global Green Industrial Revolution, with the potential to transform the way we live.”