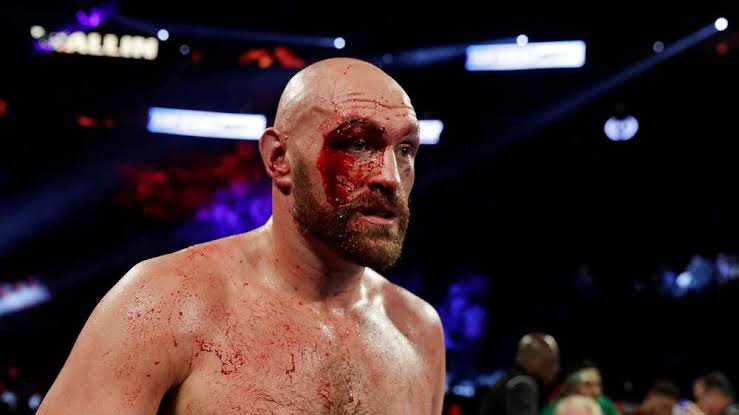 The chances of Tyson Fury defeating Deontay Wilder at their February 22nd, 2020 clash became slimmer on Sunday after suffering severe injury on the ring.

Fury, who is aiming to defeat the World Champion after previous attempts, sustained injury on both sides of his eyes during a bout that he could only win on points.

During the fight with Otto Wallin, which he won via unanimous decision in Las Vegas, had to battle through the most serious cut of his decade-long career before the 12th round.

The pair produced a thrilling, controversial draw in December and their rematch represents one of the most anticipated encounters in the sport.

With that at stake, Fury’s second consecutive Vegas outing could not be too risky. As it happened, the gravity of the cut may mean that February 22 comes too early for the pair to clash for the second time.

This clash came exactly 13 weeks after Fury had made light work of obscure German Tom Schwarz on the other side of the Strip at the MGM Garden Arena.

That night he had thrilled the crowd as much with his USA-themed ring entrance as the 5 minutes and 54 seconds of action he served up.

It was hailed as just about the perfect Las Vegas debut for Fury as he started his 30-month big-money contract with a show befitting this particular corner of the Nevada desert.

Three months on, the idea was to continue the momentum generated that night with another Fury showcase.

Members of the team had suggested that an American opponent would be ideal in a bid to further connect with the Stateside public. In the end it was Swedish southpaw Wallin who got the call.

Despite the drama, all three ringside judges made Fury a reasonably comfortable victor and the scores of 116-112, 117-111, 118-110 were testament to the heart shown by the Englishman whose eyesight was badly affected for three quarters of the fight.

Fury said: “I know Otto’s father (who died earlier this year) would be very proud of his son.

“It was a great fight, I got caught on the eye and that changed the fight. For the majority I could not see out of the eye. Then there was a clash of heads and I got cut again.

“I hit him with some good shots, some big body shots.

“A good 12 rounds, he was tough. Deontay Wilder, I want you next, bum. That’s my fourth fight, it has put me in good stead for the big dosser, February 22nd. Let the cut heal, have some time to relax with the family.

“I haven’t seen the cut, it feels quite bad, but I’m the Gypsy Warrior. It’s all heart and determination. If I can keep going, I will keep going. He was 20-0 didn’t know how to lose but he does now”.

Although undefeated, it was not thought that the 28-year-old former prison officer from Sundsvall was likely to put a dent in the plan for Fury to face WBC champion Deontay Wilder on February 22.