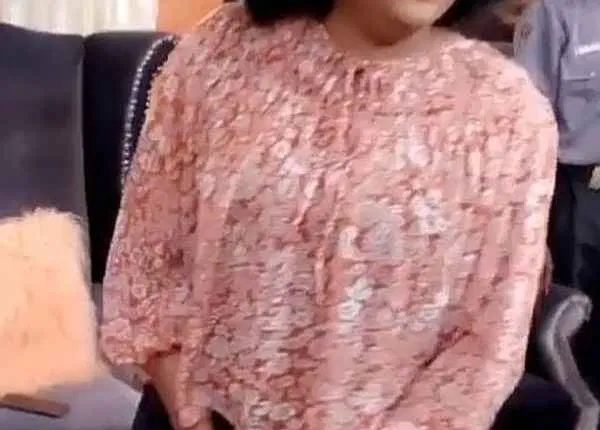 Nollywood Actress, Funke Akindele-Bello, has arrived at the Ogba Magistrate Court to begin her trial for allegedly violating the law restricting movement in the state after organising a birthday party for her husband, Abdulrasheed Bello known professionally as JJC Skillz.

Akindele-Bello arrived Ogba Magistrate court on Monday, hours after her arrest by Nigerian Police Force, Criminal and Investigative Department (CID), Panti for contravening lockdown imposed on the state by President Muhammadu Buhari to flatten the curve of coronavirus in the country.

It was gathered that the multi-award-winning actress was expected to be docked at about 11 am but due to the closure of court for long days, officials were still finetuning some activities within the court minutes after the stipulated hour.

At about 15 minutes before 12 pm, the actress was still within the courtroom waiting to be docked for contravening the law that banned residents from engaging in acts that could truncate the fight against coronavirus.

An official of the State Government told our correspondent that a team from the State Ministry of Justice, Directorate of Public Prosecution (DPP) were already within the courtroom to ensure the prosecution commences.

Earlier, Police Public Relations Officer, Bala Elkana, had stressed that the act of the couple was in sharp variance to the restriction order in Lagos.

He said; “Attention of Lagos State Police Command was drawn to a viral video showing a large number of persons mainly in the entertainment industry in an Estate, along Ajah, Ibeju-Lekki axis, Lagos celebrating a birthday party organised by Funke Akindele Bello and her husband. Police detectives from the State CID Yaba were promptly drafted to the location. Funke Akindele was arrested.

“Investigation is ongoing, efforts are intensified to arrest the remaining persons in the video, among whom are Azeez Fashola a.k.a Naira Marley and Abdul Rasheed Bello a.k.a. JJC Skillz. They are in their best interests urged to report at the State CID Yaba on Monday 6th April, 2020 or risk being declared wanted”.