Fulani herdsmen killed over 100 Army, Police, others in Benue- Ortom 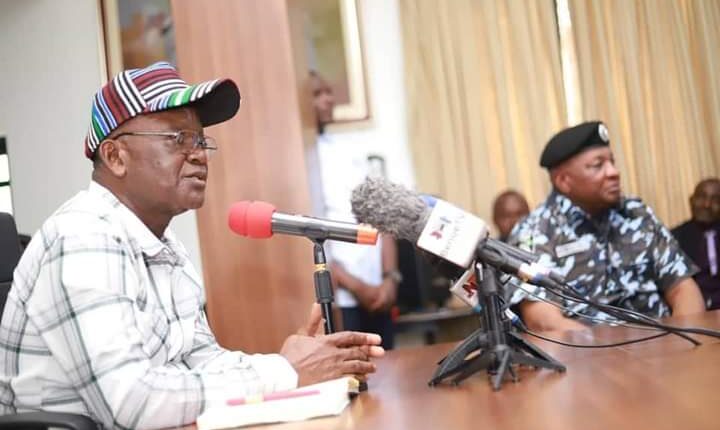 The Benue State Governor, Samuel Ortom, has said that no fewer than 100 security operatives have been killed Fulani Herdsmen while enforcing the state’s Open Grazing Prohibition and Ranching Establishment Law in over three years.

Ortom stated that the perceived failure of the Federal Government to come down hard on foreign Fulani herdsmen bearing weapons poses security threats to the lives and safety of security forces and Nigerians in general.

According to the governor, the affected victims include personnel of the army, police, Department of State Services (DSS), and the Nigeria Security and Civil Defence Corps (NSCDC).

The governor released statistics of security operatives that had been slain by the herdsmen while enforcing the anti-open grazing law that came into force in 2017 on Tuesday while receiving the new Commissioner of Police, Tunji Akingbola.

“Why do we need to allow Fulani from all these countries to come and destroy our land? That is the point we are saying. They have given unnecessary stress and risks to our security agencies in Nigeria.

He commended security agencies for putting in their best in safeguarding lives in the state, especially as it regards tackling the killings from herdsmen.

Citing the law, Ortom explained that the Constitution empowers states to enact laws as long as it does not conflict with those existing laws in the country, saying this was why the state introduced the law in 2017.

The governor also took a swipe at the Miyetti Allah Cattle Breeders Association of Nigeria (MACBAN) for challenging state governments over the anti-open grazing laws in their respective domains.

“Tell me why Miyetti Allah, a terrorist organisation who has taken responsibility for killings will come to challenge governors that laws shouldn’t have been made.

The governor’s allegations came barely 24 hours after MACBAN kicked against the move by the Southern Governors Forum and accused the governors of depriving pastoralists means of livelihood, calling on the Federal Government to stop them from enacting the anti-open grazing law.

MACBAN Secretary-General, Saleh Alhassan, who spoke on behalf of the herders, said the law would undermine the relative peace and stability currently enjoyed in the local communities, threaten the social order and exacerbate cattle rustling.

“The National Assembly and Mr President should intervene and stop the current attempts by some state governments to criminalise our means of livelihood of cattle-rearing through enacting of satanic and obnoxious laws they call Anti-Grazing Law,” he noted.

“The Federal Government should create a ministry for livestock and fisheries as obtainable in many African countries. Nigerians should adopt strategies in responding to changes of climate change as it affects livestock production, not negative laws.”

Alhassan noted that anti-open grazing laws would destroy livestock production and send millions who depend on the livestock value chain into poverty.