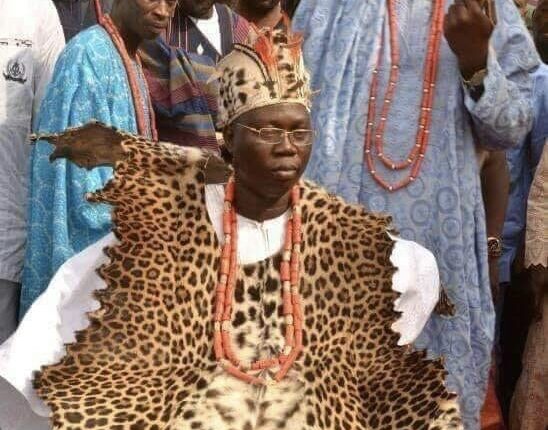 It is with greatest displeasure and trouble mind that I wished to convey my message to your office due to the present security palava in Southwest of Nigeria. I found this moment as a period when silence is not golden any longer. I write not because I possess the best writing skills but due to the fact that I felt concerned. The present insecurity crisis, upheaval, quagmire, and hullabaloo in the southwest part of Nigeria bring me to arrive at a rational conclusion that at this point in time your highly esteemed self being the Generalissimo of Yoruba land and her people needs to be sent a message on the need for urgent actions to save the situation from further degeneration. It will be apposite to state it expressly and categorically that virtually everyone is aware that the security architecture in Nigeria is presently in a state of comatose. Be that as it may, the security architecture in Southwest of Nigeria is in a total mess. Aare Ona Kakanfo, Gani Adams, being the warlord of the entire Yoruba race it should be brought to your notice that your office is designed for a time like this. A time when the security of the Yoruba region is been threatened.

More-so sir, it should be noted that your rise to the emergence in 1992 as a democrat and activist is still fresh in the memory of many Nigerians. You became an active pro-democracy activist by campaigning for democratic rule to avert the military rule in the country. You have to lead many struggles and sat on many barricades for the emancipation of Yoruba nation and Nigeria as a whole. Some of the struggles you engaged earned you the position of Public Relation Officer of Mushin Local government chapter of Civil Liberties Organizations(CLO) In 1993. You are a functional member of Oodua Youth Movement, a founding member of the Oodua Peoples Congress in 1994, and later the leader of a faction of the Oodua Peoples Congress. You were declared wanted by a former Inspector General of Police, Musiliu Smith in 2000 over your alleged involvement in violent clashes and thereafter “arrested” on 22nd August 2001. Your installation as the Aare Ona Kakanfo of Yorubaland, the position which has previously been held by highly revered individuals;

Aare Ona Kakanfo Gani Adams, the above has shown that you have always been part and parcel of the struggle for the emacipation of the Yoruba nation. However, subject to your appointment as the Aare Ona Kakanfo what we had known of you for has gone missing. The stool currently appears to have however turn into a ceremonial one. The generality of the Yoruba people is convinced you have what it takes to be and it’s time you Aare come out to play your divine role out of your hidden place. Your role as the Aare Ona Kakanfo of Yorubaland. It is certain that if you have an interest in addressing the menace of insecurity in Yorubaland, you have every logistics in your disposal. This a crucial moment in the history of Yorubaland and its people will speak well of you, for all your actions and inaction. It’s high time you put any issues you have with any Yoruba political leaders, elders, and cadres aside and lead the fight against insecurity for this common course. As an Aare Ona Kakanfo we cant see you tweeting alone, we want actions as too much analysis leads to Paralysis. Tweeting to respond to Garba Shehu gullibility is not sufficient alone,we need more actions and fewer talks.

In addition to the aforementioned sir, we can’t agree that you don’t understand the functions and heavy-load and responsibilities being saddled upon an Aare Ona Kakanfo. Some groups of outsiders keeps killing our kinsmen and there has not been any press briefing, or direct consultation talk less of confrontation. I don’t want to believe that the problem with the Fulani herdsmen in Ibarapa has not been brought to your notice which happens to be one of the most trending issues in Nigeria today. Being the Aare Ona Kakanfo imposes on you the duty to be at the forefront to secure the lives and properties of the Yoruba nation. The Voice of the people is voice of God, the people have Sorosoke. It’s high time you solidarize with them.

Your silence at this precious time is not helping issue. A repeat of why your men don’t protect neither courts nor Police Stations, but the Computer Village at Ikeja during the EndSARS protest should be avoided. If God sees you let people see you too. You cant ascertain us that you working when its feasible for us enough. The Present crisis that melted the Ibarapa part of Oyo state should have been averted if a proactive actions has been taking by you and the state government. Picking battles to fight due to personal interest will do us more harm than good for a threat to injustice anywhere is a threat to injustice everywhere.

The Yoruba nations is sitting on a keg of gun powder which if not well addressed can explode in a single intonation.
Thank you very much sir,
Please accept my warmest regards