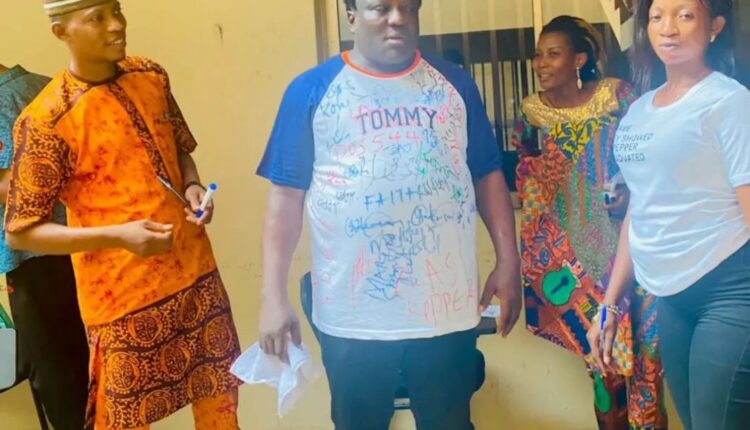 A Fuji musician, Saheed Osupa, popularly called Olufimo, has graduated from the University of Ibadan in Oyo State where he bagged a Bachelors’s degree in Political Science.

The 52-year-old musician has described the journey to obtain the degree as very rough and that many never believed that he could complete the academic exercise.

Osupa equally extended his sincere gratitude and appreciation to God for making his academic sojourn at the Ibadan varsity possible.

The much-loved entertainer took his fans and followers by surprise after announcing that he bagged a degree in political science from the prestigious institution on Friday.

The artiste, meanwhile, urged youths not to relent in whatever they are convinced could be achieved and that all they should do was to believe and keep moving until they achieve their goal.

He said: “You don’t have to see the whole staircase; just take the first step for the best view comes after the hardest climb! Signing out in style. Alihamdulilai Robil Alamin. I am grateful. BSc Political Science in the bag. The University of Ibadan! Recté Sapere fons”.

As gathered, the fuji icon gained admission into the varsity through its Distance learning system and often visit the institution for his examinations with other students.