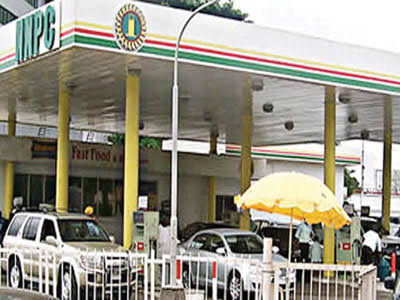 Hours after Federal Government reviewed Premium Motor Spirit (PMS) price which led to the introduction of new price regime N125 per litre, the development was yet to be put to effect by marketers with several of them still dispensing the products to motorists at the old price, N145per litre.

As a result, motorists who approached fuel stations with expectations that the fuel price reduction would have taken immediate effect were surprised to find out that the old pump price of N145 per litre was still in use and that there seemed to be no time frame set by the marketers to comply with President Muhammadu Buhari’s directive on the reduction of pump price.

The apex government while making the announcement stated that the move was due to slump in global oil price, and that its implementation was aimed at mitigating adverse effects of economic downturn caused by incidence of coronavirus pandemic, assuring motorists that the new price regime would take immediate effect in all outlets and stations in the country.

Several fuel stations in the country have not obeyed government directives and are yet to implement the N20 fuel price reduction, instead sell the product at its old pump price of N145 per litre to Nigerians.

When TheGuild correspondents visited some of the retail outlets especially in Lagos, none was yet to adjust their pump prices; rather they were seen dispensing the product to motorists at a price ranging between N143 and N145 per litre, higher than the expected price.

Also in Akwa, the capital of Anambra State, two days after the announcement of a downward review in price, marketers were yet to embrace the new price, displaying the old price regime on their boards.

When our correspondent inquired for the reasons, they claimed that they were yet to run out of stock bought on the old price.

In Jigawa State, though some marketers complied with the new directives but larger per cent still dispense the product to motorists at old price.

According to a pump assistant at one of the visited fuel stations, the petroleum product retail outlet management were reluctant to implement the new N125 pump price because the product they had in stock had been bought prior to the government price review, which, if sold at the new price would run into losses for the establishment.

He explained that the new pump price had been accepted by the management of the station but would implement the new price regime when new products arrive since all they have in stock were products bought under the old price regime.

While stating that non-implementation of the FG directive was purely profit-driven, he reiterated that the station merely wanted to sell off its older stock at the higher price to avoid loss before having to adjust the price in compliance with Federal Government directives

The attendance said: “the new price regulation, which is N125, will be implemented once the old stocks are sold and products bought from tank farms were in accordance with the new price regime”.

All efforts by the Guild to reach the Department of Petroleum Resources (DPR), Head of Public Affairs, Paul Osu, for comments, proved abortive, he neither responded to calls nor replied Short Messages (SMS), sent to his number.