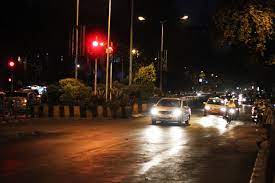 The Federal Road Safety Corps has put nocturnal journey on danger list, saying night travel has become unsafe for motorists and commuters with current deplorable state of majors and insecurity which had been on the increase across the country.

It explained that it was important for Nigerians to plan their travel during day time as part of protective measures in preventing avoidable loss of lives and properties resulting from accidents and that of cases of kidnapping and gunmen attacks on the highways.

The FRSC Sector Commander in Kogi State, Solomon Agure, said that the safety advisory had become imperative to protect Nigerian commuters and motorists, particularly during the last four months of the year.

Through a statement released to journalists on Monday, Agure said that that by keeping the travel plans within daylight, there was high chances of preventing cases of accidents and other security concerns.

The commander also warned motorists against speeding, saying no good road experience could come out of speeding, overloading, use of phone while driving, use of mechanically deficient vehicles, failure to use seat belt and safety crash helmet.

He urged motorists to avoid running foul of traffic rules to avoid crashes. According to him, drivers should guide against violating the stated infractions and other anti-safety vices.

He said that the corps would be on the look out to enforce strict compliance to safety laws and orders on the highways, assuring that arrangements had been made for the commencement of 2021’s Ember Months and Operation Zero Tolerance to Road Traffic Campaign in Kogi.

He said that the campaign would be carried out under the theme: “Maintain Safe Speed, Avoid Night Travels And Enjoy Quality Road Experience”.

Agure said that there would be high visibility of the corps on the roads across the state toward achieving the goals of the operation from now till middle of January, 2022.

He said that the command was planning to deploy over 800 personnel, 20 patrol vehicles, four ambulances and heavy tow trucks for control of traffic.

“It aims at ensuring route lining, clear obstruction and respond to distress calls for all to have maximum road use experience during and after the period,” he said.