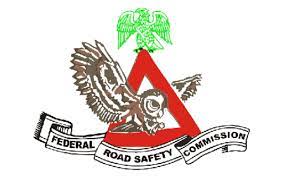 The Federal Road Safety Corps, FRSC, has deployed 30,000 personnel from all field commands and the National Headquarters for traffic management with zest and vigour across all parts of the country ahead Yuletide.

To ensure a seamless traffic control across the country, the force has also set up 15 traffic control camps, 27 help areas, and 46 ambulance points, along critical routes of Nigeria to complement Operational and Public Education efforts during the yuletide.

As disclosed through a statement released Yesterday in Abuja by the Corps Public Education Officer (CPEO), Bisi Kazeem, stated that the end of the year patrol theme is tagged ‘Operation Zero Tolerance to Road Traffic Crashes’.

Kazeem said that the deployment of personnel was owing to the pressing need to proactively save lives and to ensure safe travels at all times.

In addition, he noted also that Okene-Ogori-Isua-Owo corridor, Makurdi-Otukpo-Obollo Afor-9th Mile corridor, Asaba-Abraka-Ughelli-Warri corridor, Ibadan-Ogere-Sagamu corridor, Sagamu-Mowe-Lagos corridor, among others were part of the routes to be covered by the personnel.

According to him, operational equipment are also being deployed and they include: patrol vehicles, advance life support ambulances, heavy duty tow trucks, medium and light duty tow trucks.

Kazeem disclosed that the Corps had invested in advanced Information and Communication Technology to beef up its operations in addition to the deployment of the above operational tools, adding that it is in the quest for improved service delivery and effective Patrol Operations.

“The new technology which include body cameras and vehicle cameras which have been fully deployed shall be used for Patrol Operations. It will also be for surveillance and traffic monitoring, rescue operations, and real time information gathering for decision making, ” he added.

The CPEO who noted that the operation had already begun revealed that it would end by Jan. 15, 2022, highlighting the objectives of the operation as reduction of road traffic crashes, fatalities and injuries; ensure travelers comply with COVID-19 Health Protection Regulations 2021.

Kazeem stated that the Corps Marshal has directed the Mobile Courts to sit throughout the Operation across the Nation and that all Commands must remain on alert after Jan. 15, 2022 to have a near crash free 2022, where possible.

Kazeem urged the personnel to show special consideration and attention to road users in line with the Corps’ service orientation.

He further called on Nigerians to cooperate with law enforcement agents and ensure maximum compliance with all directives on restrictions and physical distancing.